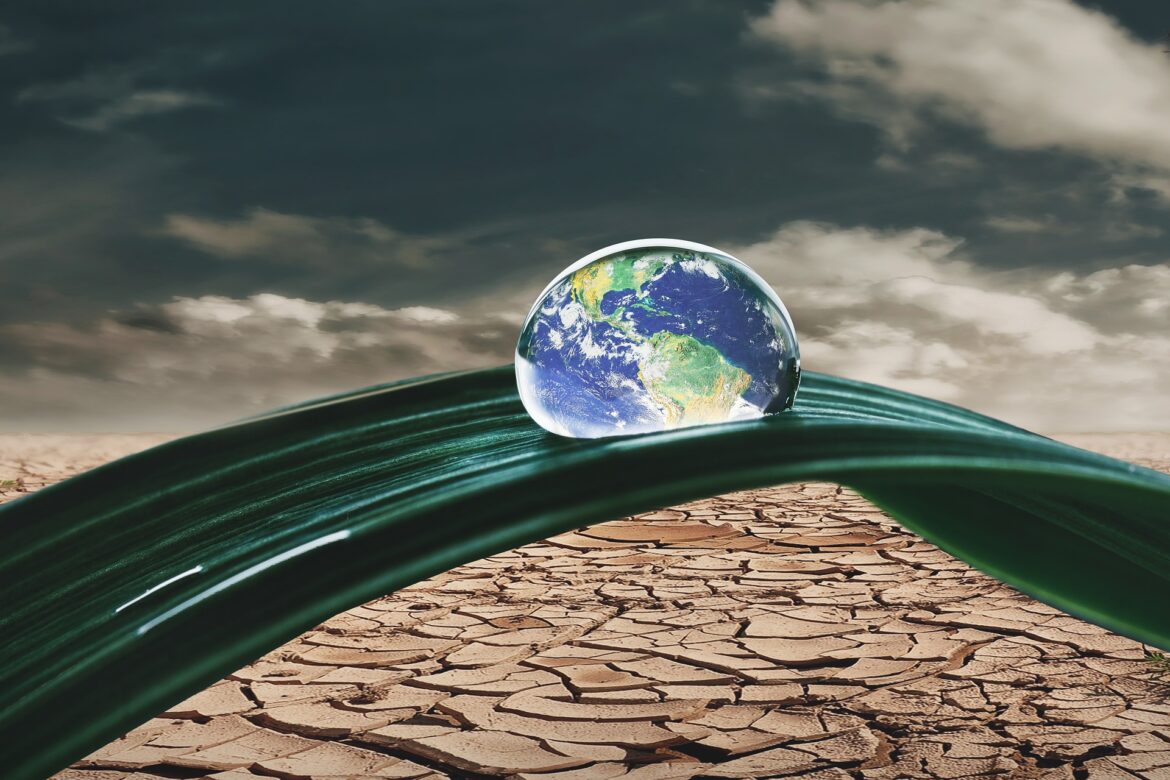 Drylands – arid, semi-arid and dry sub-humid areas – cover 46.2 % of the global land and are home to 3 billion people. They result from both human activities and climate variations, and are prone to desertification. Desertification describes the total land degradation of drylands. Global desertification is rising, affecting 9.2 % of all drylands, or 500 million people, in 2015. The highest number of communities affected can be found in South and East Asia, the Sahara region, and the Middle East. Jordan is a case in point. Due to little rainfall, deforestation, soil erosion, land mismanagement, climate change, droughts, and urbanisation, studies have shown the country to be at high risk of rapid desertification. If this trend continues, the country could suffer from decreasing water and food supplies. In the Badia region, the main area for livestock production, farmers could be forced to move to cities due to financial constraints resulting from desertification.

In 1994, the United Nations introduced the Convention to Combat Desertification (UNCCD) as the principle international instrument to combat desertification and promote sustainable land management. It unites governments, scientists, policymakers, the private sector, and communities around a single vision to restore and manage the global land. Protecting land from desertification is key in ensuring a sustainable planet, and thus the prosperity of future generations. Jordan joined the convention in 1996. With the National Strategy and Action Plan to Combat Desertification, the Ministry of Environment developed long-term strategies to ensure land protection within the framework set by the UNCCD. The plan found land degradation to be inter alia due to droughts, land tenure and a lack of sustainable land management. Inappropriate rotations of livestock and destructive grazing on natural rangelands were one of the elements characterizing unsustainable land management.

The plan also acknowledged the importance of traditional knowledge to tackle the problem of desertification. Engaging all stakeholders of the issue is crucial in finding longlasting solutions. This includes communities who have been farming the lands for generations. Thus, it suggests a community-based approach to combat desertification, one where citizens actively participate in finding solutions and communicate with other stakeholders, such as scientists and policymakers. One way Jordan incorporates traditional knowledge into sustainable land management is through the revival of the traditional Hima system. Hima in Arabic means protected space and stands for a natural area that is blocked from use permanently or seasonally. Hima was practised in the Arabian Peninsula for over fourteen hundred years. While it predates Islam, starting with powerful owners privatizing their land, the concept got transformed into natural areas set aside for the public good under the Prophet Mohammed. The system encourages a sustainable use of common resources among communities on a share-basis, connecting nature, community life, ethics, and animal welfare. Communities build their own land management institutions based on their knowledge of the land. The action plan acknowledges:

“IUCN with the Ministry of Agriculture and Arab Women Organization have identified an opportunity to bridge the policy implementation gap in Jordan through the revival and support of the Hima system, for scale up to the entire Arabian Peninsula. Revival of Hima is carried out by linking communities with local government to legitimize their land management strategies. This enables communities to establish and enforce rules and regulations for rangeland resources, promoting natural re-vegetation and recovery of soil and water cycles. Based on Hima and a preliminary economic valuation conducted by IUCN 2012, the government is revising its rangeland policy“ (p.31).

In 2013-14, Jordan firstly introduced an updated Rangeland Strategy that built on the ancient tradition of Hima to combat land degradation. Pilot projects on the strategy, for example in the Bani Hashem community in central Jordan, led to impressive biodiversity benefits. After only one year of Hima management, native floral species returned, shrubs and grasses regenerated, and 36 native plant species returned to the area. For its updated Rangeland Strategy 2013-14, the country was awarded with the bronze Future Policy Award 2017 by the World Future Council. Reviving Hima is an acknowledgement of traditional knowledge and the power of community. After all, the desertification in Jordan is parley due to the decline of traditional land management practises in the first place. The breakdown of pastoral migration patterns and tribal land tenure systems led to a change in land management that was unsustainable and damaging. Experts thus recommend to increase public investment in Hima and build institutional capacities to implement the practise, which the government legitimizes in its plan.

This development shines a light on the importance of Indigenous knowledge and practise in the fight against climate change. Around the world, communities have managed their lands in sustainable ways for thousands of years. To sustain our earth for future generations, we need to find a balance between economics and sustainability, and have to relearn living in balance with nature.

Myint, M. & Westerberg, V. An economic valuation of a large-scale rangeland restoration project through the Hima system in Jordan. Report for the ELD Initiative by International Union for Conservation of Union, Nairobi, Kenya, 2015. Available from: www.eld-initiative.org.