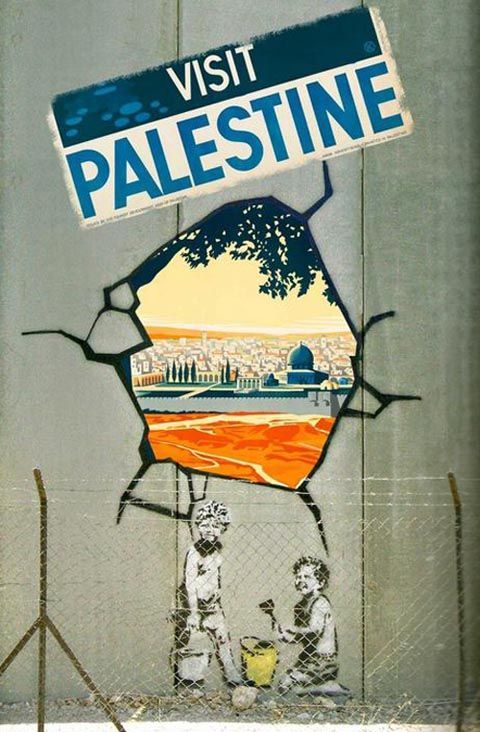 This, the final article in the article series The Ongoing Relalities of Apartheid in the 21st Century: A summary of Amnesty International’s report “Israel’s Apartheid against Palestinians: Cruel System of Domination and Crime against Humanity”, presents the Government of Israel’s justification for inhuman(e) acts under the guise of maintaining security and how this sits within international law.

The Government of Israel justifies many of the laws, policies and practices set out in the previous articles in this series, including restrictions on the freedoms of movement and violations of fundamental rights, on the grounds that they are necessary to maintain security.

Under international law, ‘Israel’ has an obligation to protect all persons within its jurisdiction and maintain security in all the territories over which it has control. In some circumstances, differential treatment of groups on lawful grounds may not violate the prohibition against discrimination; however, security-related policies must be in line with international law, meaning they must be necessary and proportionate. Amnesty International highlights the Israeli authorities’ deliberate pursuance of policies which discriminate against Palestinians, arguing that they are not based on security grounds and instead on the “intent to control the Palestinian people and exploit their resources.”

Firstly, many of the violations detailed in the report do not make sense as being carried out in the name of security. For example, there is no security reason for the segregation of Palestinians and Israelis through discriminatory planning laws or access to housing. In fact, these are more likely to create security issues.

Secondly, differential treatment in occupied territories is prohibited in international law where the intention is to privilege the nationals of the occupying power to the lasting detriment of the occupied population. In some specific circumstances, limitations of derogable human rights may be permissible in situations of occupation, and thus administrative detention in the OPT may be justifiable under international law if conducted in good faith and adhering to the law of occupation. However, this justification for the differential treatment cannot extend to the settlement of Jewish Israelis, in the occupied territories. It cannot extend to the murders, targeted killings, torture, deportation, and other forced removals of populations in the OPT by the Israeli authorities as documented in this report.

Thirdly, the blanket implementation of the discriminatory policies futher violates international law. A combination of the aforementioned reasons establishes Amnesty International’s argument that the Government of Israel’s actions are not grounded in security reasons and are instead “evidence of widespread, systematic and cruel violations…[and] that the intention is to ensure Jewish Israeli domination over and oppression of Palestinians in all areas under Israel’s control.” They draw this conclusion from the “systematic privilege of Jewish Israelis over Palestinians in all geographical territories under its control, by its discriminatory denial of the right of return to all Palestinian refugees, by the illegal settlement of its citizens in the occupied territories and its exploitation of the resources there, and by its illegal annexation of East Jerusalem and extension of lesser rights to Palestinians living there compared to Israeli citizens.”

Following their investigation, they have drawn the conclusion that “Israel has established and maintained an institutionalised regime of oppression and domination of the Palestinian population for the benefit of Jewish Israelis” and therefore a system of apartheid, since 1948. They also concluded that the Government of Israel “considers and treats Palestinians as an inferior non-Jewish racial group. The segregation is conducted in a systematic and highly institutionalized manner through laws, policies and practices, all of which are intended to prevent Palestinians from claiming and enjoying equal rights with Jewish Israelis within the territory of Israel and within the OPT, and thus are intended to oppress and dominate the Palestinian people. This has been complemented by a legal regime that controls (by negating) the rights of Palestinian refugees residing outside Israel and the OPT to return to their homes.”

Following their focused evaluation on the inhuman(e) acts of forcible transfer, administrative detention and torture, unlawful killings and serious injuries, and the denial of basic freedoms and persecution committed against Palestinians living in ‘Israel’ and the OPT; Amnesty international have concluded that these acts amount to the crime against humanity of apartheid as contained in both the Apartheid Convention and the Rome Statute.

The United Nations human rights system offers a legal remedy for those subjected to apartheid. At present, the State of Palestine is pursuing this, having submitted a communication to The Committee on the Elimination of Racial Discrimination (CERD) claiming that the State of Israel “has violated article 2, 3 and 5 of the Convention with regards to Palestinian citizens living in the Occupied Palestinian Terriotory, including East Jerusalem.” Prior to this, CERD had already concluded that the Government of Israel has violated article 3 of the ICERD. In April 2021, CERD held that Palestine’s submission was admissible, and as such, the communication has been moved to an ad hoc conciliation commission.

As the crime against humanity of apartheid attaches individual responsibility to those involved or who participated in the crime of apartheid, the International Criminal Court, the international community and both  Israeli and Palestinian authorities have jurisdiction to investigate those who they have reasonable suspicion to believe are committing these crimes and prosecute those responsible.

Amnesty International made several recommendations to Israeli authorities and other relevant stakeholders, including calling on the international community “to urgently and drastically change its approach to the Israel-Palestine conflict and recognize the full extent of the crimes that Israel perpetuates against the Palestinian poeple.”

1. Recommendations to the Israeli authorities:

Amnesty International recommend that the Israeli authorities end the system of apartheid by dismantling measures of discrimination, segregation, and oppression to abide by the human rights principles of equality and non-discrimination and international humanitarian law with respect to Palestinians in the OPT. They also recommend that all State authorities end and refrain from acts which violate international law. Amnesty International also recommends the suspension and investigation of any military personnel suspected of committing violations of international law; to order a prompt, impartial, independent and effective investigation into allegations of crimes against humanity and other serious human rights violations by State officials and actors; to develop law enforcement guidelines, and to provide reparations, including restitution and compensation, to all victims and their families.

Additionally, they urge ‘Israel’ to accede to the Apartheid Convention and the Rome Statute, and accept the ICC’s jurisdiction before incorporating these into domestic law.

Amnesty International made several recommendations to the Palestinian authorities. Firstly, they suggested that they document the impact of the system of apartheid established by the Israeli Government in the OPT as a means to provide evidence to international courts and other bodies. Another recommendation was that the Palestinian authorities ensure that interactions with ‘Israel’ do not perpetuate the system of apartheid in the OPT.

3. Recommendation to the Human Rights Council

4. Recommendation to the UN General Assembly

To the UN General Assembly, Amnesty International calls for the re-establishment of the Special Committee against Apartheid with a mandate to focus on all situations, including that of ‘Israel’ and the OPT, and to pressure those responsible to disestablish the system of oppression and domination.

5. Recommendation to the Office of the Prosecutor of the International Criminal Court

Amnesty International asks the Office of Prosecutor of the International Criminal Court to consider the crime of apartheid within the ongoing investigation crimes committed under international law in the OPT.

6. Recommendations to the International Community

The report further concludes that other governments and regional actors have a role to play, especially those with diplomatic ties to ‘Israel’. They call on these parties to not contribute to the system of apartheid, to suspend the supply, even indirectly, of weapons, munition, and other military equipment to ‘Israel’. The report also calls for those with diplomatic ties to ‘Israel’ to investigate any person reasonably suspected of committing crimes against humanity, or other crimes under international law, and exercise their political and diplomatic leverage to ensure Israeli authorities implement the aforementioned recommendations. Finally, Amnesty International asked states to publicly recognise that international crimes, including the crime of apartheid, are being committed in the OPT.

National and international humanitarian and development organisations are asked to increase advocacy and exert pressure on the Israeli Government to end discrimiantion and segregation in law and bring to an end their discriminatory policies and practices. These organisations are also asked to ensure that all projects and assistance for Palestinians undergo assessment to ensure they do no perpetuate the system of apartheid.

Amnesty International’s report acts as a call to action for the international community who have persistently ignored this long standing humanitarian crises since its inception over seven decades ago.