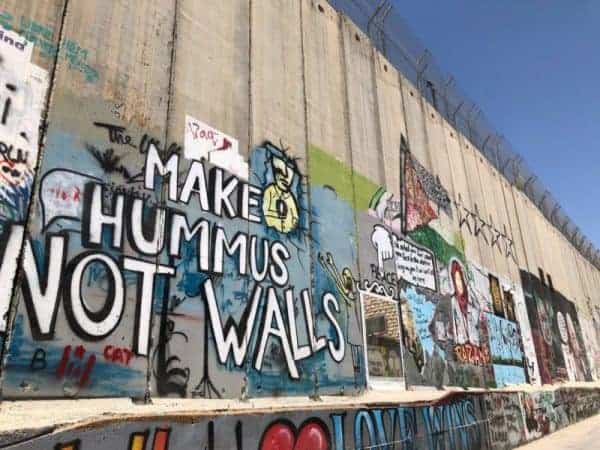 This, the third instalment of the article series The Ongoing Relalities of Apartheid in the 21st Century: A summary of Amnesty International’s report “Israel’s Apartheid against Palestinians: Cruel System of Domination and Crime against Humanity”, summarises the inhuman(e) acts committed by Israeli authorities against Palestinians as found by Amnesty International during their investigation of ‘Israel’s’ relationship with The Occupied Territories of Palestine’s (OPT)

Within the scope of their investigation, Amnesty International specifically examined the crimes of forcible transfer, administrative detention and torture, unlawful killings and serious injures, and the denial of basic rights and freedoms or persecution committed against Palenstinians living in the OPT. Read alongside the other articles in the series, this focused examination enables the reader to reach a conclusion as to whether or not a system of apartheid exists in the OPT.

“Across Israel and the OPT, Israeli authorities have employed a set of interrelated discriminatory policies and practices that have directly caused the displacement and dispossession of Palestinian communities, created unbearable living conditions for Palestinians that have coerced their displacement, or put them at high risk of forced displacement, amounting to state-sanctioned policy of forcible transfer of population.”

Deportation and forcible transfer of a population are both considered crimes against humanity under the Rome Statute and international criminal law. “Forcible transfer occurs when there is displacement within the territory of one State, whereas deportation presumes displacement beyond State borders.” The International Criminal Tribunal for the former Yugoslavia (ICTY) has held that displacement need not be by physical force, it may be by coercion, fear of violence, duress, detention, psychological oppression, abuse of power, or even the creation of adverse living conditions. The key question is whether there was a “genuine wish to leave” or a “genuine choice to go” by the displaced individual. Forcible transfer is absolutely prohibited in international humanitarian law and may even amount to a war crime in international criminal law by virtue of Article 8 of the Rome Statute.

‘Israel’ routinely appropriates Palestinian land for its Jewish population. Since 1948, this has resulted in the demolition of tens of thousands of Palestinians homes and properties; thus leading to their forced eviction and displacement. The Government of Israel claims the demolitions are justified because the homes and properties either pose a security threat or are unlicensed.

“Israel’s widespread and systematic use of arbitrary arrest, administrative detention and torture on a large scale against Palestinians, in flagrant violation of several prohibtions under international law, forms part of the state’s policy of domination and control over the Palestinian population.” These amount to both crimes against humanity and war crimes. Arbitrary detention and torture are both crimes under the Rome Statute and the Apartheid Convention. The Rome Statute also defines torture as a crime against humanity and even a war crime when it is committed within an occupied territory.

Israeli authorities routinely use administrative detention in the West Bank. Since 1967, they have imprisoned thousands of Palestinians including children without charge or trial. This amounts to arbitrary detention, and thus constitutes a war crime and a crime against humanity. More than 5,000 Palestinians, some repeatedly, were held in administrative detention between the beginning of the first intifada in December 1987 and June 1989. At the end of May 2020, 352 Palestinians were held, including two children.

Administrative detention occurs when a State detains an individual without the intent to prosecute them. It is often based on secret security grounds that neither the defendant, nor their lawyer, can review. Administrative detention is not completely prohibited in international law; however, in this case, the systematic use of the practice renders it arbitrary. The Israeli authorities justify their use of administrative detention as a necessary preventive measure, exercised in exceptional circumstances for security reasons; yet evidence gathered by Amnesty International suggests its purpose is to punish detainees for challenging the occupation of Palestine.

Israeli authorities exhibit patterns of excessive force against Palestinians during law enforcement operations. They exercise a shoot to kill or main policy which has resulted in serious injury and even the death of many Palestinians, many of whom have been left with permanent, catastrophic and often life-changing injuries.”

Additionally, the Rome Statute criminalises “[o]ther inhumane acts of a similar character intentionally causing great suffering, or serious injury to body or to mental or physical health.” The Apartheid Convention prohibits the “infliction upon the members of a racial group or groups of serious bodily or mental harm, by the infringement of their freedom or dignity… “

Since 1967, Israeli authorities have killed and injured thousands of Palestinians. Evidence suggests that these crimes have often been committed systematically, unlawfully and arbitrarily. Furthermore, a culture of impunity exists, meaning justice is rarely brought for these crimes.

Israeli authorities use policing activities to deter dissent and restrict Palestinian freedom of expression. The right to peaceful protest is especially important to Palestinians living in the OPT, since they do not enjoy the right to vote. However, the Government of Israel has criminalised all protests in the name of security, with protestors often being injured or killed by the Israeli authorities. Israeli forces frequently limit victim’s access to medical care, whilst medical professionals are often wounded themselves.

Patterns of unlawful killings and serious injuries inflicted by Israeli forces on Palestinians in the OPT are illustrated by what happened during the Great March of Return in Gaza in 2018. On 30 March 2018 alone, 17 Palestinians were killed, and 5,500 more were injured by Israeli forces. By the end of 2019, 214 civilians had been killed, including 46 children.

4. Denial of basic human rights and freedoms, and persecution

Israeli authorities regularly violate the fundamental rights and freedoms of Palestinians in the OPT in the exercise of their long-standing discriminatory laws, policies and practices. Palestinians do not have freedom of movement, official residency, the right to family life, or access to essential services.

The Apartheid Convention identifies acts constituting the crime of apartheid as, “Any legislative measures and other measures calculated to prevent a racial group or groups from participation in the political, social, economic and cultural life of the country and the deliberate creation of conditions preventing the full development of such a group or groups, in particular by denying members of a racial group or groups basic human rights and freedoms”. These basic human rights include the right to education, work, form recognized trade unions, leave and to return to their country, and the right to a nationality. They also include the right to freedom of movement, residence, opinion, expression, peaceful assembly, and association.

The Apartheid Convention reinforces State responsibility to ensure the enjoyment of fundamental rights and prevention of discrimination by following the International Convention on the Elimiation of All Forms of Racial Discrimiantion (ICERD). The Rome Statute further states that crimes against humanity may involve, “other inhumane acts of a similar character [to those provided elsewhere in Article 7(1) intentionally causing great suffering, or serious injury to body or to mental or physical health.” This acts as a catch-all provision to ensure that acts of equal nature and gravity, which are not explicating mentioned in the statutes, are included.

This article sets out the inhuman(e) acts committed against Palestinians by the Israeli authorities. It is important to consider this information alongside the definition of apartheid in international law, and the oppression and domination experienced by Palestinians as explained in the previous articles in this series.

The next article will consider the extent to which the laws, policies and practices implemented by the Israeli Government can be justified under the guise of ‘security considerations’; before summarising Amnesty international’s conclusions and recommendations.