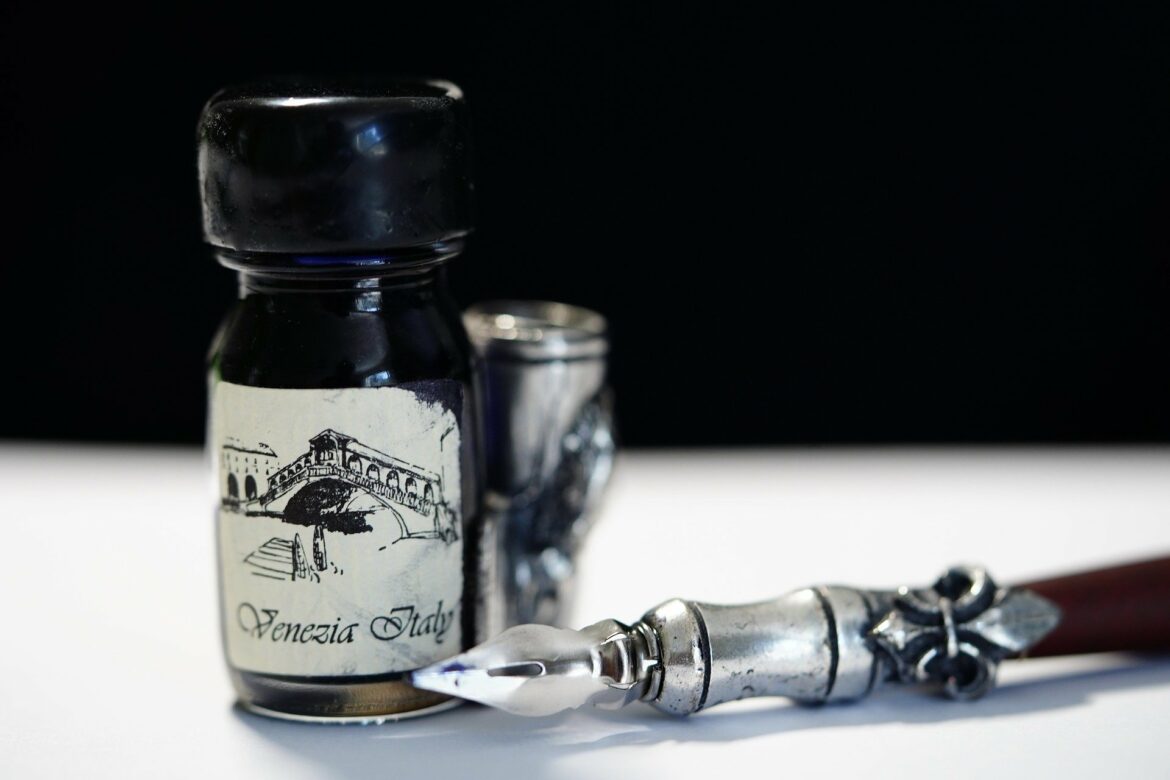 This article discusses the relationship between fact-checking and politics. Fact-checking is defined as the process of verifying the factual accuracy of text (Merriam Webster Dictionary). A fact-checking system monitors media sources and selects claims to be fact-checked based on priority, assessing claims against authoritative sources and then exposing and detailing misinformation (Hassan et al., 2017). Fact-checking has been described as the ‘most prominent journalistic response to fake news and other forms of misleading or false information’ (Guess et al., 2018). Fact-checking has been declared ‘a crucial function of journalism in a healthy democracy because of its theoretical potential to hold elites accountable and keep the national debate grounded in shared facts’ (2018). Fact-checking therefore performs an essential role in the age of ‘fake news’.

‘When faced with unfavourable news coverage, politicians of all stripes attack media as a strategy to avoid accountability’ (Pingree et al., 2018). This phenomenon of attacking media accelerated in the 1980s and 1990s with President Ronald Reagan, reaching its pinnacle in 2017 when President Donald Trump declared the press the ‘enemy of the American people’. President Donald Trump solidified doubt in news stories, first coining the term fake news in 2016. Trump has gone as far as to claim that he invented the term fake news. According to The Independent, from 2016-2020, he used it over 2,000 times. PolitiFact’s database states that, on average, 73% of Donald Trump’s statements range from ‘mostly false, false, to pants on fire’ (PolitiFact, 2021). Fact-checkers in 2021 are more relevant than ever. Fact-checking has not been limited to the Donald Trump Presidency, as there has been a significant increase in political fact-checking in the previous decade. Between the 2008 and 2012 American elections, there was a 300% increase in fact-checking (Carr 2012). For decades, there has been an ongoing war between politicians and journalists, with politicians often defining and directing the narrative before journalists have the chance to report. However, there have been many occasions where journalists have fought back, for example, the American media during the Vietnam war and more recently, the conflict between Boris Johnson and the British media. There is constant powerplay between journalists and politicians, governed mainly by public opinion.  Fact-checking provides ‘journalists with an additional tool for exposing political spin and increasingly sophisticated media manipulation techniques’ (Dobbs, 2012).

The increase in fact-checking has been aligned with an increase in the use of ‘alternative facts’ by politicians, coupled with advancing technologies and the social media boom. It takes seconds to Google a fact that a politician has claimed and find multiple sources denying or solidifying its accuracy. It is easier than ever to fact-check statements, to the extent that fact-checking is now a recognised part of mainstream news media, with numerous worldwide news outlets offering fact-checking services. Graves et al. argues that professional motives within the journalism industry are responsible for the increased growth of fact-checkers rather than increased market demand (2016). As media distrust is at an all-time low, coupled with social media putting pressure on journalists to publish faster, the need for fast fact-checking is high. Journalists have devised four categories of manipulated ‘facts’ presented by politicians, a ‘half true’, ‘mostly true’, ‘half flip’ and ‘full flop’. Journalist Dobbs also contends a fourth category, a ‘true but false’, designed to ‘draw attention to political claims that are true in every particular but nevertheless leave a highly misleading impression because of their selective approach’ (Dobbs 2012).

There is ambiguity as to the effectiveness of fact-checking. There are two schools of thought in Journalism. Firstly, those that believe journalists should be neutral, demonstrating objectivity and always presenting both sides to the story, allowing consumers to decide their own stance. The alternative school of thought argues that the very essence of a journalist is their role to ‘seek truth’. If a journalist adopted the first approach, when presented with a false story iterated by a politician, the journalist would provide both the false statement and factual statements without concluding as to the validity of each statement. The truth-seeker journalist would however give credibility to the source that is factually accurate, stating that this is the truth whilst also mentioning the other claim and declaring it false. Dobbs argues in favour of the second approach and writes that the journalist is ‘obliged to report all the relevant facts, including the facts that undermine his own theories, but he also has a duty to make sense of them’ (Dobbs 2012). Elizabeth et al. argues that journalists do generally support fact-checking. Elizabeth et al.’s study surveyed 10,000 individuals who studied journalism in the U.S. and found that 65% of participants believed that fact-checking is ‘somewhat’ or ‘very effective’ (2015).

Despite politicians initially retaliating to an increase in fact-checking, approaching the subject with suspicion and hostility, Dobbs argues that over the years, they have come to ‘now accept it, as a permanent part of the media culture’ (Dobbs, 2012). Politicians now expect to be fact-checked, and it can be argued that the rise in fact-checking sites has encouraged politicians’ aides to do greater research to prevent political blunders. Nyhan and Reifler conducted a study where they warned state legislators of the negative impact of fact-checkers. After the warning, the scholars found that the candidates were less likely to state alternative facts (Nyhan and Reifler 2010). Fact-checkers enhance the democratic process, holding politicians to account in an attempt to prevent them from misleading the public. Fact-checking also has benefits for the readers. Individuals who read fact-checked sources are more politically knowledgeable and have a greater capacity to assess alternative facts (Nyhan and Reifler 2015). They also found that exposure to fact-checks increased knowledge rates by nine percentage points overall, a finding that was described as ‘strikingly large’ (Nyhan and Reifler 2016).

Pingree posits that fact-checking can enhance ‘Epistemic Political Efficacy (EPE), which is defined as ‘a form of confidence in one’s own ability to determine the truth about factual aspects of politics’ and understand it (Pingree 2011). High EPE is linked to individuals who actively seek to engage with political information, confident that their searches will lead to truthful political content. However, York et al.’s study surprisingly found that those exposed to misinformation and the corresponding fact-check were less confident in their ability to detect political reality than those that only received misinformation (2019). This led the researchers to conclude that fact checks did not enhance EPE (York et al., 2019).

‘when an individual is confronted with two contradictory portraits of the same issue—one painted in the context of misinformation and the other in the context of a fact-check—they may suddenly have reason to doubt their ability to detect political truth,’ (York et al, 2019).

‘who will fact-check the fact- checkers?… It is easy to see how even a citizen who is seeking knowledge could get caught in a reverberating hall of mirrors’ (Hochschild and Einstein, 2015).

Additional scholars and journalists have argued that fact-checking is not as effective as one might believe. Michael Dobbs, previously, a Washington Post Official fact-checker, explained that in his career, political candidates rarely admitted their statements were false, once proved otherwise, with only around 20-30% of politicians removing the statement from their repertoire, ‘depending on the level of embarrassment’ (Dobbs, 2012).   Barrera et al. additionally contends that ‘fact-checking may indeed conducted a study during the 2017 French Presidential campaign which found that, on average, the use of alternative facts increases the political support of politicians, irrespective of fact-checking, due to the fact that alternative fact based statements are highly persuasive even when fact-checked (Barrera et al., 2019).  Barrera et al. contends that this explains the continued use of alternative facts by politicians despite the proliferation of fact-checkers (2019).

Ceron et al. argues that ‘political ideology plays a major role in determining how fact-checking is processed by individuals’ (2020). People are simply more likely to believe claims that align with their political beliefs and distrust claims that contradict their beliefs. For example, a study found that most Republicans believed a false story about Hilary Clinton committing fraud, while Democratic respondents, in the main, perceived it to be false (Babaei et al., 2021). This trend is particularly evident with partisan groups, with alternative facts becoming solidified in partisan echo chambers, despite being fact-checked. Nyhan and Riefler argue that fact-checking can sometimes cause a ‘backfire effect’, when ideologically motivated individuals, in response to a correction, further entrench the false narrative.  Fact-checking can exacerbate confirmation bias in closed online communities. Schwarz et al. argues that fact-checking can produce an ‘illusion of truth’ effect where the alternative fact is popularised, becoming more solidified and ‘true’ (Schwarz et al. 2007). The most cited negative perception of fact-checkers is a lack of trust in the validity of fact-checking services (Brandtzaeg and Folstad, 201). They claim that those who have negative perceptions of fact-checkers ‘seem trapped in a perpetual state of information belief’ (Brandtzaeg and Folstad, 2017).

Guess et al. found that none of their survey respondents, who read one or more fake news articles, also saw the fact-check debunking the claim (2018). It can be argued that despite the proliferation of fact-checkers, they are often not as visible and identifiable in comparison to the fake news claim. It is also extremely difficult for fact-checkers to keep up with the masses of false information entering the domain each day. Shao et al. finding that the sharing of fake news typically outpaces the sharing of fact-checks of the same news piece (2016).