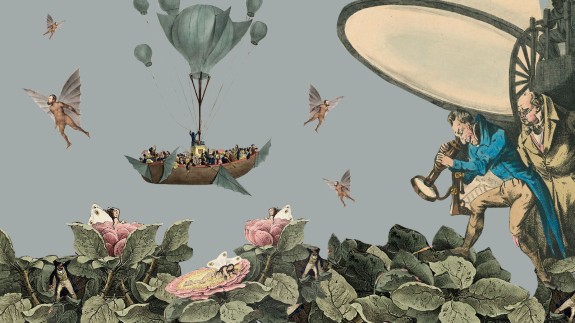 “The use of propaganda is ancient, but never before has there been the technology to so effectively disseminate it” (Posetti and Matthews, 2018). Fake news is not a new concept. It is the entire foundation upon which tabloid newspapers have grown, stories that shock and amaze people sell. False news has been propagated to various ends throughout history. Examples include Nazi anti-Semite propaganda, the catholic church has used fake news to scare and control populations (Lisbon Earthquake 1755, just one example) and across the United States in the 1800s as a justification for slavery. The problem in the modern-day is not the fake news itself. This has existed for centuries. The problem today is the speed by which it can spread. New methods of communication, including vast access to the internet, clickbait and social media, means that more people are subjected to false information. In a world where we are constantly subjected to an overwhelming amount of new information every day, it is more difficult to discern what is and isn’t factual. Particularly following the scientific revolution of late, there is an assumption that the information we consume is factual.

In order for us to understand this phenomenon in its contextual history, this article will discuss the history and key events which have led to the current day sea of misinformation and fake news. Inaccurate or false information has been circulated for millennia, centuries before mass consumption of information was even possible, but it really took off with the invention of the printing press in 1239. Particularly because it was hard to verify ‘real’ news in that era. Earlier forms of information were deeply mixed with fables, religion, storytelling and teaching of lessons. Modern news based on objectively verified facts is far newer than uninformed news. As printing increased, so too did the influx of fake news, including a substantial amount of sensationalist features, reflecting the society at that time. Stories included sea monsters, accusations of witchcraft and absurd explanations for natural disasters.

The King is ill

Fake news, particularly in printed form, has been used to destabilise countries since at least the 1700s. One example comes from the United Kingdom when the Jacobite rebellion published false news that King George 2nd was ill, this information was picked up by more reputable newspapers of the time and thus, then became more difficult to distinguish fact from fiction. The Jacobite rebellion published this news with the intention of encouraging instability and providing ground for a more successful attempt at the throne. Such use of false newspaper articles was not new however, in 1693, a printer was tried for high treason at the highest criminal court in the U.K. for publishing two tracts designed to incite a coup to reinstate a previous king.

False news was not only used to destabilise a government. There are historic cases where people created and spread false news for financial gain. One example of this comes from the United Kingdom in 1803. During this time a dispute with France was on the verge of war, when a letter was delivered to the Mayor of London stating that the dispute was amicably settled. The Lord mayor went straight to the stock exchange with this joyous news. Stocks rose 5% immediately. It was only later that they found the letter to be fraudulent. By this time, many investors had already made substantial gains

Another religious-related fake news example came in the aftermath of the 1755 Lisbon Earthquake. The church and European authorities blamed the earthquake on divine retribution for the behaviour of ‘sinners’. The earthquake struck on All Saints day. The earthquake, tsunami and after-effects were so catastrophic, 85% of the buildings in Lisbon were destroyed and an estimated 15-20% of the city’s population died. Following the event, an entire sector opened distributing fake news pamphlets that survivors owed their lives to a blessing from Virgin Mary. This led to further church control of the population out of fear of retribution. It also sparked enlightenment philosophers to attack religious explanations and fake news information and ultimately paved the way for scientific investigation (Soll, 2016).

Another absurd example of early fake news comes from what history has termed ‘the great moon hoax’. This was a series of articles published in the New York Newspaper ‘The Sun’ in 1835. The article detailed the discovery of a civilization on the moon. The article was attributed to a well-known astronomer called Sir John Herschel. The article was supposedly written by a ‘Dr. Andrew Grant’, who claimed to be a colleague of Sir Herschel. However, no such person exists and a newspaper reporter named Richard Locke eventually claimed to author the piece, a reprint from a Scottish newspaper. The article described mythical and earthly animals living on the moon who has built temples. The discoveries were fictitiously uncovered by ‘immense telescopes’. After 6 articles in the series, the author of the articles claimed observations were terminated when the telescope and observatory were destroyed by the sun’s rays starting a fire. Historians claim that the purpose of this story was to increase the sales of the Newspaper. This is evidenced by the fact that sensationalist reporting has proven to increase sales and that the sun’s circulation increased dramatically due to this reporting and permanently remained higher than before – establishing the sun newspaper as successful. The newspaper never issued a retraction and the well-known astronomer whose name was used, at first found the story amusing, then frustrating, caused by the number of questions he was asked by believers of the story.

Yellow journalism is a term coined in the United States to describe journalism or newspapers with little or no legitimate information. These newspapers rely on eye-catching headlines to sell newspapers. Yellow journalism techniques include exaggeration, scandal-mongering and sensationalism. Its use was most noted in the late 19th century. This term originated when two New York publishers were in competition over the market. It began over a cartoon artist and spiralled into sensationalist and often entirely false news. Much of this news focussed on Cuba and the deteriorating relationship between the United States and Cuba. The two newspapers found they sold many more copies when they published content on exaggerated and sensationalist content on Cuba that invoked strong feelings amongst the population. While still up for debate, many sources claim that the yellow journalism produced by these newspapers contributed to the social pressure to enter the war. Could this be one of the first examples of a public opinion based responsibility to protect?