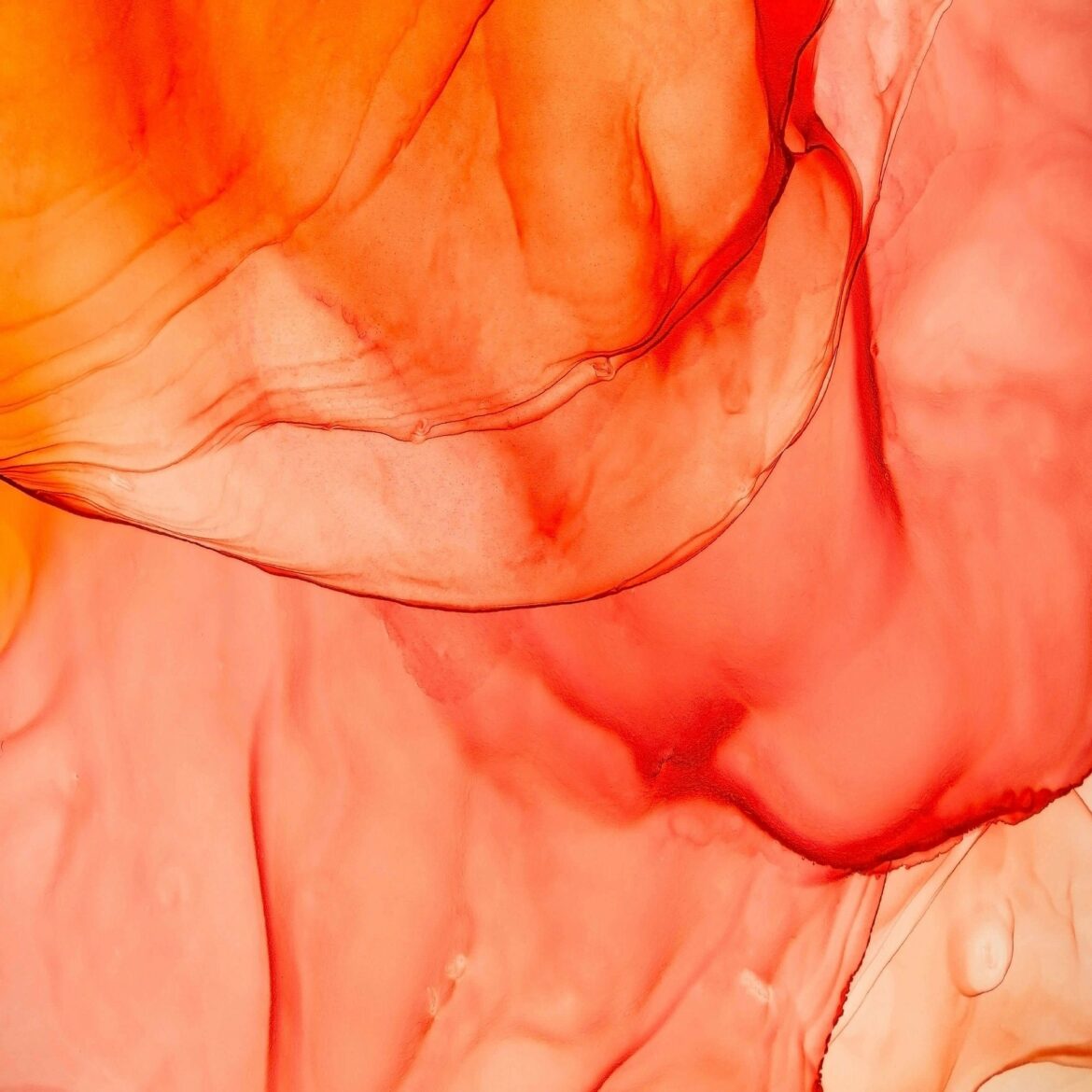 Doxxing is shorthand for ‘dropping documents’ and is ascribed to a phenomenon where a person’s private information is released publicly. Shockingly, a 2016 study by CIPHR found that, on average, 30% of Americans over the age of fifteen have experienced an invasion of privacy (Lenhart et al., 2016). This included ‘being hacked, having information about or images of the person exposed online without their permission, or, being impersonated’ (Lenhart et al., 2016). This study also found that 72% of American Internet users have witnessed online harassment or abuse (Lenhart et al., 2016). Online abuse and harassment have specific risks for women. Hammer and Lewis pose a reminder that ‘the public sphere is not a neutral space and that it reflects the inequalities that are experienced in the offline world and that the deliberation of public affairs is fraught with difficulties for women and minorities (Harmer, Lewis 2020).

“Men and women are equally likely to face harassment, but women experience a wider variety of online abuse, including more serious violations. Young people and sexual minorities ((respondents who identified as lesbian, gay, or bisexual) are also more likely to experience online harassment or abuse—and more likely to be affected by it” (Lenhart et al., 2016)

Harmer and Lewis dispute that men and women are equally likely to face harassment, stating that empirical findings indicate that online attacks are aimed disproportionately at women and in particular women of colour or those advocating explicitly feminist messages’ (Harmer, Lewis 2020).  The power dynamic of gendered hatred online has been argued to cause women to be more vulnerable to attacks link. This article argues analyses the gender dynamics of doxxing, highlighting swatting, a terrifying, extreme form of doxxing that has become increasingly popular.

Doxxing can include releasing a person’s location, addresses of residences, medical files, personal images, bank details, identity documents. Douglas argues that doxxing is not necessarily a malicious act (Douglas 2016); however, most cases of doxxing are categorised as having malicious intent. Doxxed information is typically be utilised to harass, frighten, coerce, blackmail, terrorise, delegitimise, physically harm victims. Crash override, a network that supports victims of online abuse, states that doxxing is the ‘most prevalent form of online abuse due to its relative ease and high emotional impact’ Link.  Douglas contends that doxxing not only causes significant distress for victims, it ‘increases the risk of physical harm, especially if the personal information is used to encourage others to abuse the victim’ (Douglas 2016).

A study conducted by Eckert and Metzger-Riftkin found that half of the women and a third of men stated ‘they were doxxed and harassed to stop them from speaking out online. Eckert highlights one case where a woman stated that doxxing was a punishment for her going to the police with charges of sexual assault against a male politician(Eckert,  Metzger-Riftkin). Douglas posits that significant differences exist between different cases of doxxing, leading to the scholar devising three categories of doxxing, namely, deanonymzation, targeting and delegitimisation (Douglas 2016).

Swatting is the process of using false information to deploy the Special Weapons and Tactics Unit (SWAT) team to a victim’s home or current location in an attempt to frighten or harass an individual. Typically perpetrators utilise doxxed information to find the individual’s address and subsequently use this information to make false emergency reports to authorities.  Calabro argues that swatting is “the most extreme form of doxxing” (Svana Calabro, 2018). Perpetrators carry out swatting for reasons of animosity towards an individual. The earliest known swatting incidents occurred in the 1990s and was aimed at abortion providers link.

Any person can phone the authorities and induce the arrival of a SWAT team to a location. Swatting is dangerous for both the victim and the SWAT team as both parties are operating under misconceptions and lack of knowledge. Alexander argues that SWAT teams often inadvertently endanger victims of swatting. There have been unfortunate consequences, including injury with one SWAT team shooting a victim with a rubber bullet under the misconception of lack of cooperation. In 2018, Tyler Bariss made a Swatting call to the police in Kansas which resulted in the fatal shooting of Andrew Finch, who stepped outside his property to investigate the commotion and dropped his hands (New York Times). In addition, many victims of swatting falsely believe that the SWAT team is an illegal intruder or burglar, leading to violent reactions to the invasion of a property from a SWAT team. Many perpetrators of swatting make calls to emergency services after dark to increase the terrorisation of the victim. Decreased visibility also increases the endangerment of the victim and the SWAT team.

‘The reality is online spaces are not safe for women.’ (Brianna Wu, Head of Development at a Boston based independent games studio). Banet-Weiser and Miltner claim that the online environment contributes to heightened levels of abuse that women experience online, a phenomenon they describe as ‘networked misogyny’ (2016). Jeong’s (2015, para. 21) argument that: “doxing is a tactic to dominate the voice of the internet. Everyone has his own understanding of what does or does not belong on the internet – in other words, what garbage needs to be taken out. In the case of misogynists, women are that garbage.” A rejection of the female voice was signified when Lou Dobbs, a Fox News presenter, tracked  down and then tweeted the address and phone number of Jessica Leads, a woman who accused President Donald Trump of Sexual Assault link. a blatant case of toxic masculinity was represented by a 17 year old male gamer, who in 2015 was arrested for 23 offences including harassing phone calls, publishing of personal information, credit card details and for sending SWAT teams to the homes of mostly young female gamers that rejected his advances online link . Young women under 30 tend to be the most prominent victims to doxxing, with the 2016 CIPHR study discovering that ‘10% of American women under 30 reporting that their sensitive personal information was exposed online in a way that was damaging to them personally, professionally, or financially, compared with 5% of young men and 4% of all adults (both men and women) ages 30 and older.’ (Lenhart et al., 2016).

Young women have been found to report online abuse, with 43% of women under age 30 who have experienced harassment reported their online abuse compared with 23% of men in the CIPHR study (Lenhart et al., 2016). However, misogynistic online abuse has been trivialised, and reports of online harassment usually go unpunished, with authorities not taking cases of doxxing seriously. A study conducted by Eckert and Metzger-Riftkin found that ‘While men and women had trouble being taken seriously by police, only women reported sexist and misogynist behaviour that dismissed the violence they faced, further victimising them’ (Eckert,  Metzger-Riftkin).

It has been found that online harassment and abuse has disproportionately worse effects on women, with ‘women being three times more likely as men to say that harassment made them feel scared, and twice as likely to say that harassment made them feel worried’ (Lenhart et al., 2016).  Sarkeesian argues that Doxxing is intentionally designed to ‘violate your sense of security and cause you to panic, lash out, or shut down’ link. One of the consequences of gendered online abuse is resulting self-censorship, in order to limit harmful consequences. The CIPHR study found that 4 in 10 young women stated they had self-censored to avoid harassment online (Lenhart et al., 2016).

Female writers have described this as one of the paradoxes of the increase of popular feminism. In recent years, the boom of popular feminism and the increased demand for female writers have, in turn, led to a backlash of ‘popular misogyny ((Banet-Weister, Miltner, 2016). Popular misogyny has been defined as an ‘anti-female violent expression that circulates to wide audiences on popular media platforms’ which ‘helps contribute…to a misogynistic political…where rape culture is normative, violent threats against women are validated, and rights of the body for women are either under threat or being formally retracted’ (Banet-Weister, Miltner, 2016). In a New York Times Op-Ed, Goldberg writes of the droves of female writers that are so besieged by online abuse that they are being forced to retire from writing altogether link.

Women are, however, campaigning to generate support, awareness, and fight for greater criminalisation of doxxing. Harmer and Lewis argue that ‘recent research has highlighted the potential of digital spaces to provide forums for women to challenge such represen- tations and discuss the impact of violence against women on individuals and society’ (Harmer, Lewis 2020). In 2012, Sarkeesian, a feminist blogger and gamer, faced a hate campaign of online harassment after launching a crowd-funding campaign to create short films investigating sexist gender stereotypes in video games.  Her Wikipedia page was vandalised, her YouTube channel and website were spammed with abusive comments, offensive memes created using her images and attempts were made to doxx her home address and phone number. Sarkeesian has founded the ‘Crash Override Network’, a crisis helpline, advocacy group and resource centre for those experiencing online abuse, including doxxing link. This followed an older campaign launched in 2006, ‘Take back the Tech’ that calls on everyone, particularly women and girls, to take control of technology to end tech-related violence against women link. Creating safe online platforms for women to share and discuss their experiences is essential for victims to process the traumatic effects of online abuse and access resources. Due to the anonymous nature of the internet, the creation of safe spaces is fraught with difficulties. It is also essential to ensure that writers investigate the broader societal and technical structures that enable misogynistic online abuse and harassment and find methods to break these structures down (Harmer, Lewis 2020).