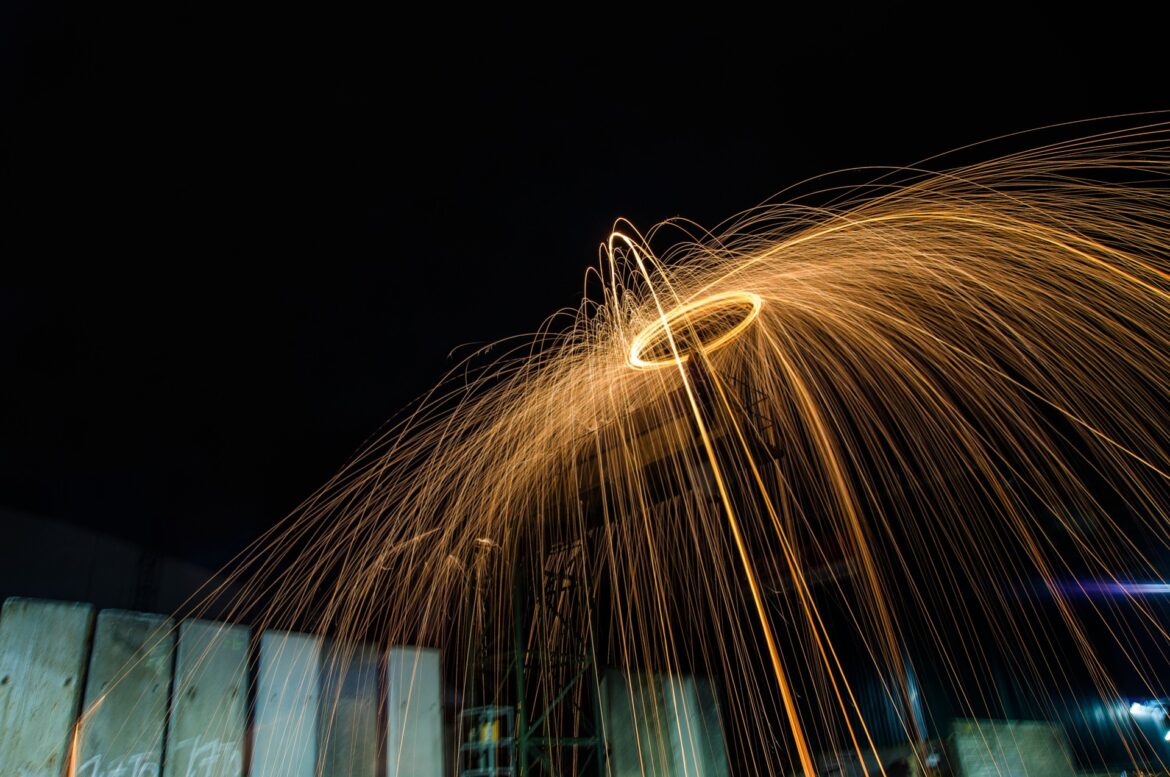 In the aftermath of the 20th anniversary of the 9/11 attacks on New York, “terrorism” is definitely the word that pops out but do people really know what it stands for? The Arab equivalent (الإرهاب), as outlined in the Al-Qur’an (Spoils of War) and translated to English by Ahmed Ali (1), comes up in a call for Muslims to “prepare against [the infidels] whatever arms and cavalry you can muster, that you may strike terror in (the hearts of) the enemies of God and your own, and others besides them not known to you, but known to God” [Al-Anfal (60)] having always in mind that “if they are inclined to peace, make peace with them, and have trust in God, for He hears all and knows everything” [Al-Anfal (61)]. Unfortunately, words are constantly being subjected to socio-political distortion and that affects the way we perceive them.

Nowadays, the word “terrorism” has been absolutely hijacked by violent extremist groups, translating a crooked vision solely based on cruelty and violence, and deeply politicized by Western societies. If we scrutinize this semantic politicization, we can see that, although the definition is widely established in its broadest sense, there is no universal agreement about it and institutional nuances can make it less objective and susceptible to biased interpretations. The Global Terrorism Database (GTD) defines it as “the threatened or actual use of illegal force and violence by a non-state actor to attain a political, economic, religious, or social goal through fear, coercion, or intimidation”, an agreeable definition only held by the fact that it mentions the use of illegal force and violence solely by non-state actors (2). State terrorism is also a reality and, even though it usually gets covered by state-controlled media stations, it is a major threat not only for other states but also for its own citizens. Similarly to what happens with GTD, we can find this politically-powered plasticity on the interpretation of “terrorism” everywhere.  Nevertheless, this article goes beyond the definition of “terrorism” and aims to focus on how media differently covers violent extremist events depending on a myriad of factors, including the perpetrators’ ethnocultural origin.

During the last few years, we have been witnessing a process of media weaponization where unjustified fears are inflamed due to the use of a dreadful editorial tone. The adoption of sensationalist labels – such as “terrorist”, “Islamist” or “Jihadist” – that wrongly emphasize the set of misinterpreted deliberations media stations identify as relevant for their readers can shape their attitudes towards the matter and lead to severe dynamics of insecurity in society. In a recent study by Feick L. et al, where a survey was held to quantify how variation in media framing influences population’s perception of the personal threat of violent events, respondents considered events less threatening when the perpetrators of an act of violence were neutrally described as “attackers” compared to when they were labelled as “terrorists” or “Islamists” (3).

We must acknowledge that media, especially in the West, has been playing a pivotal role in rightly reporting that Islamic extremist violence comes from distorted interpretations of jihad and Islamic teaching but at the same time it has been disproportionately linking these violent acts with the Muslim community, in general, contributing to the social exclusion of a minority in most Western countries (4). As Jean-Paul Marthoz said in its Terrorism and the Media handbook for journalists, “when covering terrorism, keep to the facts, adopt a tone that is reassuring for the community and avoid inciting panic, fear or division within society” because if this neutral stand is not achieved, the probability of having frightened people adopting a revenge narrative and turning to violent extremist causes that aggravate the marginalization of these peaceful innocent minorities, who simply happen to share the same cultural background of those who practice violent extremism, escalates (5). In that sense, media stations from around the world have to be aware that to prevent episodes of hate speech and violent extremism, their journalists must avoid “us against them” narratives and adopt a correct use of terminology to maintain accuracy and objectivity (4).

A study conducted by researchers from the Georgia State University regarding violent extremist attacks in the US in the period between 2011 and 2015 concluded that episodes perpetrated by Muslims had five times more coverage from US media stations compared to those who were committed by non-Muslims (6). Let’s dissect this outcome. During this period, violent attacks carried out by Muslims in the US represented 12.4% of the total yet they received roughly 42% of the overall news coverage (6). Nevertheless, it is not only always the absolute coverage, it is also how it is covered. The Daily Mirror, a British national daily newspaper, reported in 2019 a mass shooting carried out by Brenton Tarrant, an Australian citizen, at the Masjid Al Noor mosque in Christchurch, New Zealand, using the following headline – “Angelic boy who grew into an evil far-right mass killer” – which immediately led to arguing about whether he might have been mentally ill, deranged or simply lonely (7). Three years before, the same journal covered an Orlando nightclub shooting with the caption “ISIS maniac kills 50 in gay nightclub” suggesting promptly that it was perpetrated by a “terrorist fueled by ideology” (7). This quantitative and qualitative bias on documenting etiologically-opposite violent extremist episodes is absolutely absurd having even led to seriously sarcastic references all over the entertainment media. One of the most relevant ones came from Family Guy, a US animated sitcom created by Seth MacFarlane, where the main character is stopped by a police officer and judged as “mentally ill” or “terrorist” according to a skin colour-based scale as shown in 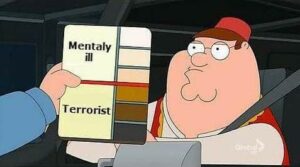 Overall, this article deconstructs the political-driven approach of defining “terrorism” and scrutinizes how media stations are framing violent events in a way that promotes not only a needless sense of urgency and/or fear in society but also a coverage bias solely based on the ethnocultural origin of the perpetrator. In that sense and as a take-home message, it is important that we actively keep raising awareness towards these issues to avoid unnecessary marginalization of minorities around the world and contribute to a long-term situation of peace.

(2) National Consortium for the Study of Terrorism and Responses to Terrorism (START), University of Maryland (2019), The Global Terrorism Database (GTD).

(4) Ethical Journalist Network (2019), “Muslims in the Media: Towards More Tolerance and Diversity”.