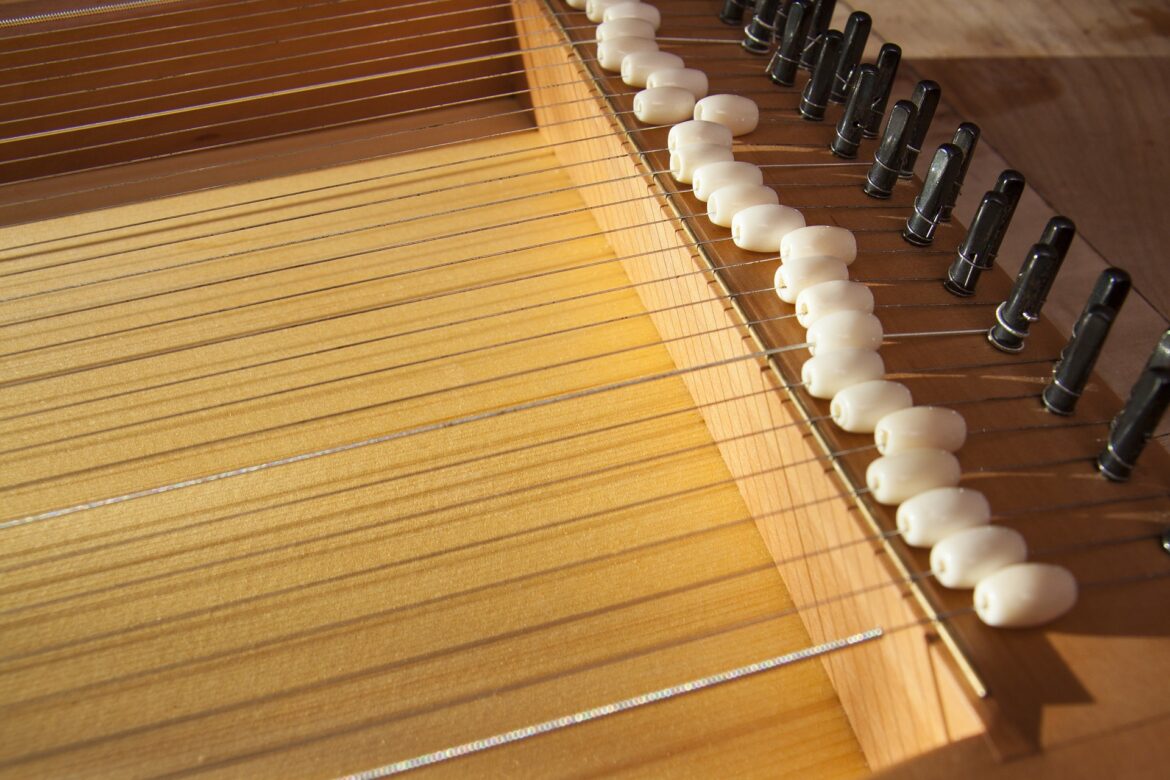 In this article, I will outline psychological research on social influence and the importance of the findings on the way we react to others. Social influence refers to how other people influence our behaviour in unexpected ways. It refers to the way we adapt our behaviour to meet the demands of the social environment. This field is extensive and includes various sub-theories such as peer pressure, the psychology of conformity, obedience and persuasion, deindividuation, bystander effect, propaganda, mass media effects and other elements related to criminology. Below, I will present an overview of the field and outline some of the most groundbreaking research and case studies that reveal aspects of human behaviour.

Intentional and inadvertent efforts to modify another person’s ideas, attitudes, or behaviour are examples of social influence. In contrast to persuasion, which is usually purposeful and involves some level of awareness on the part of the target; social influence might be unintentional or incidental (Gass, 2015). Social influence is processed at the peripheral level, as a result, the target may be ignorant of the attempt to influence them (Gass, 2015). Unlike compliance, which is goal-directed, social influence is frequently non-goal-directed, and the consequences may contradict or be unrelated to the communicator’s aims. Social influence methods include indebtedness or reciprocity, commitment, social proof, liking and attractiveness, authority, and scarcity.

For the purposes of this article, I will only discuss conformity. Over the course of the next few articles, I will also cover compliance, obedience, and minority influence. Conformity can come in many forms. Conformity is a type of social influence that involves a change in beliefs or behaviour to fit in with a group. The change is a response to real or perceived group pressure. The pressure could come from physically being with others or imagined due to social norms and expectations.

Conformity usually refers to agreeing with a majority position. People are motivated to conform based on a desire to ‘fit in’ or be liked (normative), because of a desire to be correct (informational), or simply to conform to a social norm or role (identification). There are three types of conformity:

Compliance is the lowest level of conformity with a group. It reflects a temporary change of behaviour as a response to a group but lacks the change in thoughts or behaviour permanently. It reflects conformity to the majority in public but their beliefs or behaviour has not changed in private. The individual changes their behaviour with the hope of achieving a favourable reaction from other members of the group. They expect the conforming behaviour to reap rewards or avoid punishment (Kelman, 1958). 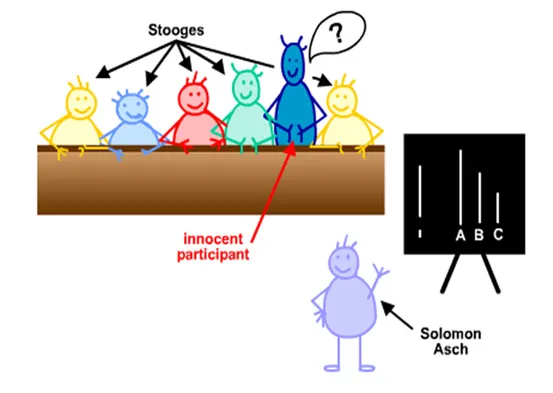 Another very amusing example of this is called the ‘elevator experiment’, you can watch an example of it here:

In this experiment, there are multiple actors who try to change the behaviour of an individual without saying anything in an elevator by facing the back instead of facing the door. It is a simple experiment, conducted in a natural setting, but clearly shows the power of conformity.

Another form of conformity is internalisation. This refers to a genuine acceptance of the group’s ideas over their own. Kelman (1958) argues this occurs when the individual accepts the influence of others because the ideas and actions are intrinsically rewarding. The new induced behaviour is consistent with the individual’s own value system. Internalisation differs from compliance in that an individual’s public and private perceptions change. This is the deepest level of conformity where a group’s values and beliefs become the individuals’. Once internalised, the behaviour change is permanent and would require significant internalisation of opposing values to reverse the new behaviour. This kind of social-psychological reasoning is used in cases of new religious cults where their fundamental beliefs have changed to match that of their guru. It requires significant psychological work for an individual to regain their own perceptions or beliefs and not blindly follow another’s social influence. Jenness (1932) was the first psychologist to work on conformity and the results of one of his experiments provide evidence for internalisation conformity when the answer is ambiguous. His experiment asked participants to estimate individually how many beans were in a glass bottle. He then put all participants in a room with the bottle and asked them to discuss and provide a group estimate. He then asked them to estimate the number alone again to see if their initial estimates had changed based on the group influence. Jenness interviewed each participant at the end and asked them if they would like to change their original estimates or choose the group estimate. In this study, almost all the individual guesses were closer to the group estimate. This suggests that when in an ambiguous situation without specialised knowledge, individuals are more likely to look to others for conformation and align their behaviour or actions to others.

Another type of conformity is group conformity based on group membership. This refers to when an individual changes their behaviour to align with a group hoping to establish or maintain a self-defining relationship with another person or group (Kelman, 1958). This can also include the expectations of a social role, i.e the behavioural norms of an army officer or ticketing officer. Similarly to compliance, there does not need to be a change in their private opinions or behaviour just while performing the role. A famous example of identification is the Stanford Prison Experiment conducted by Philip Zimbardo. In this experiment, Zimbardo gave students from Stanford University the roles of prisoners or guards. The study provided fascinating insights into obedience, authority and conformity, much of which I will discuss in a later article. However, the experiment provides evidence that identification with a social role plays a part in behaviour change. Further evidence of identification comes from football hooliganism and how members of the group may alter beliefs and actions due to the assumption that other members of their ‘in group’ will act in this way. It is to do with communal acceptance and feeling like one ‘tribe’. Evolutionary psychologists argue this group mentality has its foundations in ancient history where we needed in groups to ensure our survival and needed to act in ways that kept the group together and loyal.