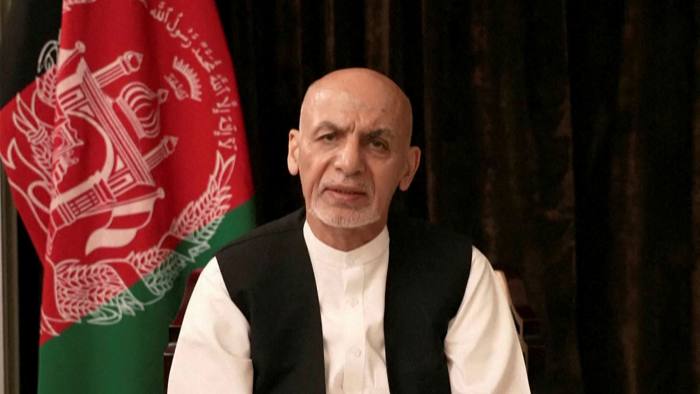 In the modern era, it seems more and more difficult to get accurate news. Sure, the major news agencies can tell you the facts, but it feels like they are missing key details and not really telling the lives of those that it affects. Then I turn to Instagram, at least I now know that my Instagram is an echo chamber of what I am expected to believe about the world. Therefore, I know my Instagram will appear more like the truth to me, or at least my subjective understanding of the truth. Yet, when I log onto my research Instagram, the world is seen through a completely different lens. In this article, I will discuss the current crisis in Afghanistan and how BBC news presents the article and how both Instagram accounts present the information. Disclaimer: I have not individually fact-checked all the information presented in this article. However, this article is not written to give accurate facts of the current situation, it is designed to showcase that there are differing interpretations and presentations of facts that each person should be aware of to understand where people get their facts. I would also recommend personally scrutinising all information presented yourselves to form your own opinion.

Afghanistan has been a country that has been continuously in the state of war for much of the 20th and all of the 21st century. Throughout the cold war, Afghanistan was engaged in a proxy war between Russia and the United States. Then, only 21 years later, in late 2001, the United States invaded Afghanistan with the goal of ridding the country of terrorist groups and sympathisers that attacked American soil on 9/11. This was the beginning of the infamous and highly criticised war on terror that saw the United States support multiple invasions or provide military support across the Middle East from then until today. In 2001, a group called the Taliban ruled Afghanistan. This group subscribe to an extreme interpretation of Islam, which sees many of the rights western countries assume to be basic human rights, denied to much of the country’s people, especially women. In the opinion of the United States and other allied forces, the Taliban were part of the problem and allowed terrorist groups to flourish. Because of the terrain and little understanding of the dynamics and the culture of the country, the United States struggled to maintain power in Afghanistan and the government they introduced was weak. After 20 years of war in Afghanistan, the allied forces decided to withdraw troops. They decided this largely due to how unpopular such a lengthy war is within domestic politics. However, withdrawal was done too quickly and without ever really installing powerful institutions which could be standalone without western military support. Some also argue the intelligence on the ground, which suggested the Afghan forces and government had any chance at remaining in power after U.S. withdrawal. In the past few weeks, the Taliban forced have made huge ground across Afghanistan capturing multiple cities. Then this week, the Taliban dramatically captured Kabul, forcing foreigners and many Afghanis to attempt to flee. I believe this is a very brief history of a decades-long conflict.

I found the BBC reporting of Afghanistan to be neutral. They tried to give only the facts in most cases, avoiding opinion. They did not dramatise or sensationalise the situation, but reported live on developments, such as various countries’ e

mbassies leaving. However, the one fault I found with the BBC reporting was placement bias. The entire front page of the BB

C News website was on Afghanistan. This is problematic because there was no coverage on two other big crises going on internationa

lly. Last week Haiti experienced a very serious earthquake that left over a thousand dead and more than five thousand missing. Equally, Lebanon is on the verge of collapse, with no government, hyper-inflated currency and quickly diminishing resources necessary for life, such as food, water fuel and electricity. This will likely result in a huge humanitarian crisis that is not being reported.

Under normal circumstances, these events could be front-page news, but due to Afghanistan being an important issue politically to the western nations, it has taken over the front page of the news. The BBC also chose to avoid stating an opinion on what Taliban rule might look like. I personally favour this approach, as it is not predicting the future and gives some hope that Taliban leadership could be less extremist than it has previously. From a conflict resolution perspective, the Taliban appear to be less openly violent than the west would have expected and appear to be attempting to take power peacefully. The BBC reports Taliban spokespeople ordering their fighters to be in the city to avoid looting and collapse after the president fled. They also encourage shops to open and life to go back to normal. It is yet unclear how Taliban rule might look in Kabul or the broader Afghanistan. However, BBC News does report fear of repercussions for Afghans who supported allied forces. However, they also reported a Taliban spokesperson who stated there would be no revenge and that they would like a peaceful transition to power. I commend the BBC for their somewhat neutral reporting and for including Taliban spokespersons in their reporting. Beside is a screenshot from Tuesday 17th of August at 23.22 (Jordan time). Which lays out what the Taliban said in a press conference that day.

As mentioned previously I have two Instagram accounts for research. Instagram account A is heavily influenced by left-wing politics. This account focussed mostly on the suffering of women and girls and the human rights violations of the Taliban during their previous reign. It also showed a lot of videos and content of the Kabul airport and lots of activism urging foreign governments to accept refugees. This Instagram account also condemned the behaviour of the U.S. the U.K. in their roles over the last 20 years.

As you can see in the ‘tooyoungtowed’ post here, the focus is on human rights, women’s rights and gender-based violence at the hands of the Taliban. BBC News has not confirmed that this violence or human rights violations are currently occurring and have said the streets are quiet. Additionally, using words like ‘harrowing’ and the heartbreaking personal stories of women and infants have an enormous impact on the reader. However, this is additional information that has not been confirmed by big news agencies, who so far have only said they fear this kind of behaviour based on the Taliban’s previous rule. The writer of this post has no reason to lie, but we equally cannot confirm the facts of the post and it could just as easily be anti-Taliban propaganda detailing their past behaviour.

The soapbox stand is a far-left Instagram account which Instagram has flagged stating that ‘they believe the publisher is wholly or partially under the editorial control of the Russian state.’ 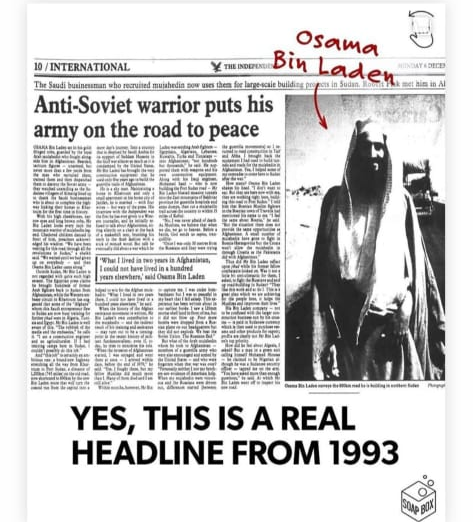 This should also influence the way we understand this post. This Instagram story is critical of the United States where it points out that the Taliban and Osama Bin Laden the leader of the terrorist group Al-Qaeda were actually supported, trained and financed by the American government in Afghanistan during the cold war era proxy war that played out in the state. The U.S. government supported these fighters who later became the Taliban and Al-Qaeda to fight a communist leaning group. This same Instagram account also posted these other pictures. All of which critical of the U.S. not just in their withdrawal now, but in their role in the war to begin with. It is a running theme in this account to be critical of western powers and the impact they have on developing countries. 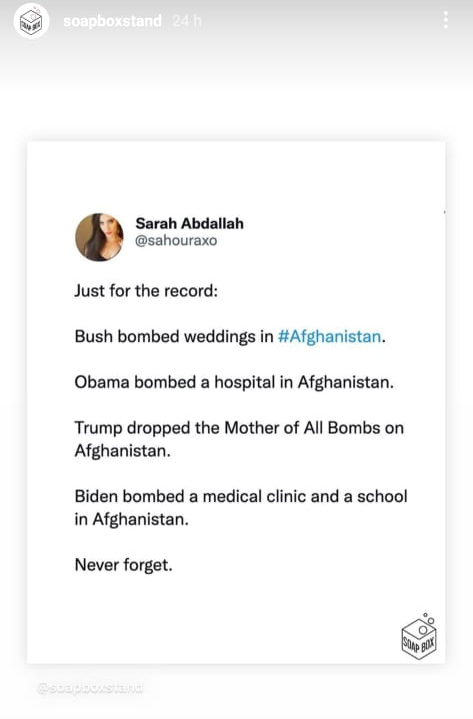 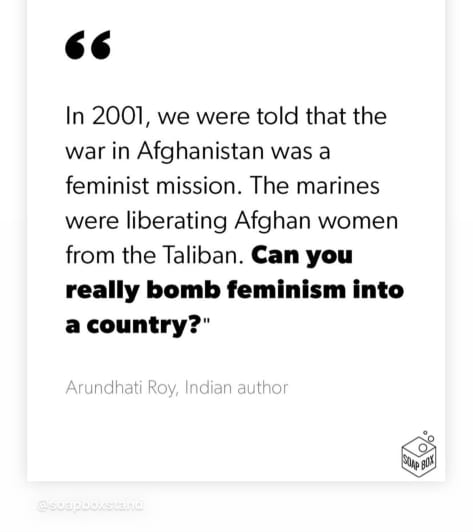 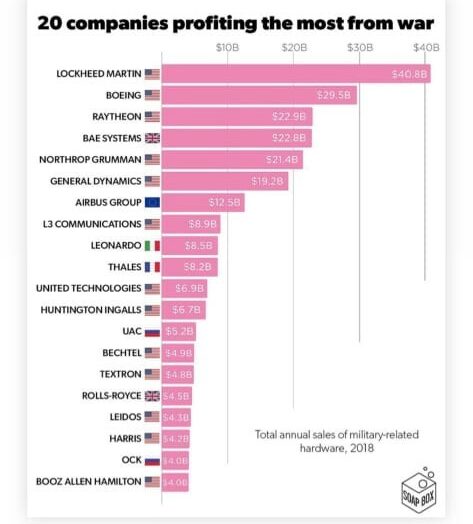 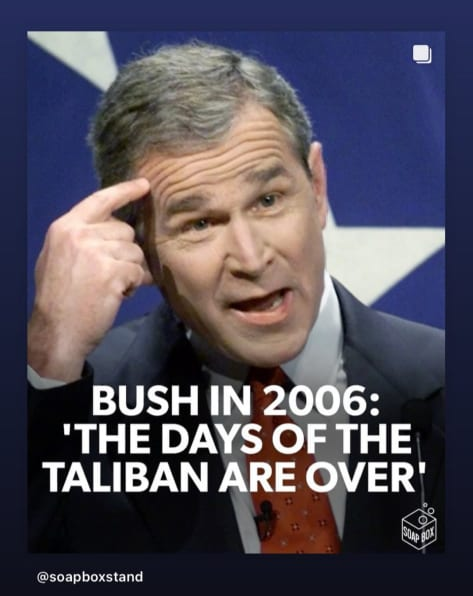 The second Instagram account which follows Zionist and Far Right Instagram pages had a very different approach. As is common with Far-Right accounts, a lot of the content was based around memes, which allows plausible deniability. Many of these accounts also use the current news to feed back into traditional right wing political themes such as migration or to point the finger at an opposing party in government. Other tactics such as downplaying the knowledge or truthfulness of others as seen when one user jokes that experts on the virus are now experts on military strategy when they voice an opinion that differs from their own. The language choice is also interesting, using words like ‘brutes’ and ‘lunatics’ dehumanises them. Regardless of their actions and behaviour, dehumanising the enemy is a very dangerous path to radicalisation on both sides of the spectrum.

I have also noticed in Instagram B that some of the Zionist accounts use what is going on in Afghanistan to discuss Israel – Palestine conflict and to critisise pro-Palestine or the Free Palestine movement. They also compare Hammas to the Taliban and compare their actions towards Hammas as the same as the U.S. towards the Taliban.

This post by Instagram account: ‘dispropogandainsta’ is particularly concerning due to how devisive it is. Whether this is factual or not, it makes Arabic news and by extension Arabic people look as though they are praising Taliban rule because the Taliban are devoutly Islamic. It is linking the Arab world to fundamental Islam, while at the same time suggesting they are hiding things from non-Arabic speakers. In much of the west Al Jazeera is seen as a legitimate news source giving news too and expressing news from Arab states. I have been advised by friends from Dubai that Al Jazeera is Qatari owned and banned in Dubai, so this western concept may be equally as damaging.