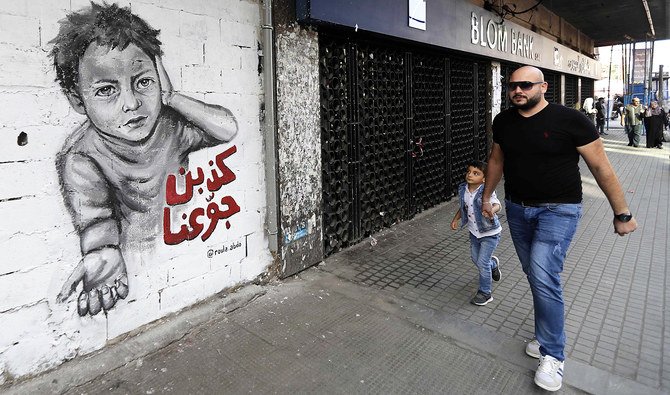 The last semester of 2021 has been dramatic in terms of humanitarian crises. Countries like Lebanon, Afghanistan, Algeria, Haiti, Turkey, Greece and Palestine have been struggling with several different issues that are jeopardizing the security of their citizens but the coverage of these events is being systematically under- or over-reported depending on the countries where the information is coming from (e.g. western/eastern countries, democracies/autocracies, etc.) which ultimately shapes our understanding of these incidents (1).

In democracies, although we typically see a higher degree of media freedom when it comes to government influence, it is also possible to observe a set of particular institutional biases that usually prioritize the clout and proximity criteria so that they obtain a valuable and lucrative batch of news (1). On the opposite side, autocracies tend to frequently own or influence media companies so that the news coverage reflects the preferences of the prevailing order especially regarding the regime’s political self-preservation, legitimacy and stability (1).

Let’s look specifically at the situation in the Middle East and Central Asia. Lebanon is currently facing an unprecedented humanitarian crisis. Decades of corruption and mismanagement resulted in a devastating financial & economic collapse. Fuel shortages have led to several deadly blasts during the last few weeks and hospitals are starting to reach a critical condition with both the American University of Beirut Medical Center (AUBMC) and Beirut’s Makassed General Hospital, two of the country’s top hospitals, issuing a worrying latest statement saying they had less than two days of fuel which would leave the lives of about 150 patients on respirators and dialysis machines in the balance (2).

The most viable solution to this situation is being hindered by a general political inertia to form a new government, a condition deemed necessary for the International Monetary Fund to resume conversations. Further east, in Central Asia, two days ago, the Taliban seized control of Afghanistan by capturing Kabul after a long lasting raid that allowed them to capture the most influential cities of the country (e.g. Qandahar, Herat, Ghaznin etc.). That same day, they invaded the Afghan presidential palace in Kabul, where they announced the restoration of the Islamic Emirate of Afghanistan. The probability that this event would lead to the establishment of draconian legal systems and severe assaults on women’s rights has led thousands of Afghan citizens to try to escape to neighbouring countries. Footage of the Kabul airport showed gruesome images of people falling to their death after holding onto moving airplanes with the vague hope of being able to escape the Taliban’s supremacy. Besides the strong Taliban willingness to take over the country, one must not forget that this event was also catalyzed by Joe Biden’s US troops withdrawal decision and the fundamental weakness of the Afghan state (3). 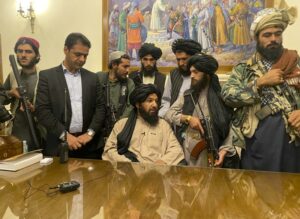 As we could see above, it is clear that we are witnessing breathtaking humanitarian crises in both countries but somehow they are being covered differently by the media. With the purpose of comparing these coverages, we have run an analysis on a media monitoring tool, Brand24, that allows for the tracking of keyword mentions over news, podcasts, forums, and other relevant information channels. As a disclaimer, Brand24 is a tool often used for business and/or brand monitoring purposes so its usage in this context is solely to have a general idea on the overall coverage of the above mentioned events. Practically, we have analyzed the number of mentions of both “Lebanon” and “Afghanistan” keywords and compared them over the last month on news, videos, podcasts, forums, blogs and the web itself using a specific feature of the tool.

On August 17th at 4:21 pm, the “Lebanon” keyword had 18615 mentions while “Afghanistan” accounted for 35136 (4). When comparing the origin of those mentions, “Afghanistan” is mostly mentioned in western news stations such as CNN, BBC, ABC News and Study IQ Education while “Lebanon” is mostly covered by arabic or asiatic media companies such as BBC News Hindu, Jamay TV and Aljazeera (4).

Analyzing this coverage bias, we can clearly see that the Taliban occupation of major Afghan cities got a huge coverage in western societies compared to the Lebanon financial & economical crisis which is surely connected to the role the USA played in the last 20 years in the region and all the efforts and money put up to sustain this made-up narrative. When it comes to Lebanon, although there is some degree of involvement from western countries, the dimension of the plot is not comparable at all. As explained above, news agencies coming from western countries tend to use the “newsworthiness” criteria that emphasizes especially clout, drama, and proximity (1). Calling my family back in Portugal was a perfect example of how the media is shaping people’s understanding of these crises through a general coverage bias. When I questioned them about the Taliban occupation of Afghanistan they were well informed about it even though they usually tend to not be generally knowledgeable about international conflicts. On the other hand, by mentioning the Lebanon crisis, I got a simple and straightforward answer “I don’t know what you are talking about”. This is an example that illustrates the situation most western citizens are facing in terms of the information they receive and how they receive it, ultimately becoming a barrier to the facilitation of humanitarian aid.

If we keep observing this systematic divergence in media outlets we will face harsh consequences in terms of public knowledge, policy, and scientific inference because the data provided is not only used by society in general as a source of information but also by social scientists to study and assess these events (1). As a final remark, it is crucial that news agencies acknowledge their overall clout on international conflict resolution so that it can be translated into providing better conditions to the ones involved and ultimately result in saving the lives of those who are in imminent danger.

(1) Baum M, Zhukov Y. (2015), “News coverage of civil conflict is biased in both democracies and autocracies”, The Washington Post.