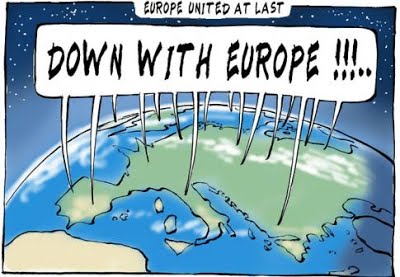 Political scientist and professor Peter Taggart have lately said that populism is “one of the most widely used but poorly understood political concepts of our time” [1].

Populism by definition is an ideology that has at its core the creation of an “us vs them” mentality, thus dividing the political discourse. “Us” being the people, seen as the morally and ethically superior force to “them”, the elite, portrayed as corrupt, egotistical and deceptive. Populist leaders carefully pick their side, their people, along the lines of class, ethnicity or nationality and oppose them to the carefully engineered idea of the homogeneous entity that is the elite. The State, the system, the political, economic or mediatic establishments are in the populist’s eye the actors culpable of having placed their own interests and the interests of other groups – migrants, corporations or foreign countries – above the interests of their people.

As we have seen populism per se lacks a clear placement on the political spectrum. It can easily be combined with a vast array of other ideologies such as socialism, nationalism, isolationism or liberalism. Populists actors can be found both on the far-right and far-left political spectrum and anywhere in between. The Institute for Economics and Peace has been observing the underwhelming improvement of Europe’s Positive Peace Score in the period between 2005 and 2017. A below-global-average improvement of 0.84 percent has been undergoing in Europe as opposed to the global average improvement of 2.4 percent. IEP’s report has shown how 17 out of 36 European countries have experienced a deterioration of the PP index, which has been affecting five out of eight of the Pillars of Positive Peace, while the global trends have shown the deterioration of only one out of eight.[2]

It is worrying as a European to see which pillars have been affected during the last decade. The pillars of Acceptance of the rights of others and Equitable distribution of resources have deteriorated on average by more than 3 percent. The erosion of said variables has inevitably brought to an increased amount of cultural and social pressure. The vicious and problematic cycle is exacerbated by the lack of faith in institutions created by the weakening of three other pillars, Low levels of corruption, well-functioning government and free flow of information. The lack of clear answers from the institutions and the governments has led the people to look for alternative solutions and alternative approaches.

This shifting dynamic has been observed across the decade. Eurobarometer’s polling data has shown the alteration in public opinion regarding the “most pressing issue facing the EU”. In the polling period between 2010 and 2016, the local economical situation was reported as the biggest cause of concern, only to be replaced by immigration and terrorism in 2016.[3]

The huge spike in populist parties throughout Europe and their aggressive agendas have their responsibility in this alteration. As we have seen populism has no clear place on the political spectrum. But it seems pretty obvious where these new-born parties stand on issues such as immigration, multiculturalism, and Euroscepticism.

The populist movement in Italy is nothing new, it has been a well established and long-lasting tradition in the Italian political space. Having the ever-growing personalisation of politics as one of the main causes. Elections and political competitions have increasingly become a struggle between leaders and political actors rather than ideological arguments. As the mainstream and historical parties of the 90s were under scrutiny and investigation during the “Mani Pulite”, “Clean Hands” corruption cases, the road was paved for charismatic individuals to fill the void they had left and to provide voters with an alternative; and it is in this context that 1994 Silvio Berlusconi’s first (of many) electoral victory does not come as a surprise. Twenty-five years have passed since Berlusconi’s first run to the office, yet Italy’s infatuation for charismatic leaders does not seem to have toned down, as the consensus for politicians such as Matteo Salvini and Beppe Grillo has demonstrated [4]. I personally see Salvini’s party Lega as the biggest and most successful populist “experiment” currently taking place in Western Europe. He has been on a permanent campaign since coming (and losing) to power. He and his team have been incredibly good at adapting the political discourse to social media and using it to rake in the consensus – which is polling now at about 38 percent.[5]

Salvini is a prime example of populist leader, he has been claiming for years to be the institutional transliteration of the honest citizen’s “common sense” as opposed to the “elitists” opinions of the “good-doers” (“buonisti”), upper-middle-class citizens and politicians which he claims to have no real experience of real life.

Populist rhetoric has been creating unrest and has been leading to a harsh polarization of the political discourse, in Italy as well in the rest of Europe. The erosion of the Positive Peace Pillars during the last years, and especially in a supposedly “safe and stable” political, social and economic environment such as the European Union is a worrying phenomenon that should not be underestimated. It will be vital for the next governments to invest and prove their efforts into the delivery of political changes that address the underlying conditions that have been driving the backlash against the system. Systemic and structural changes will prove themselves to be the ideal investment as Positive Peace is a project and a long-term one.

[1] TAGGART P., “Populism and the Pathology of Representative Politics” in MÉNY Y. and SUREL S., “Democracies and the Populist Challenge”, Palgrave Macmillan, pp. 62–80.

[2] TAGGART P., “Populism and the Pathology of Representative Politics” in MÉNY Y. and SUREL S., “Democracies and the Populist Challenge”, Palgrave Macmillan, pp. 62–80.

[4] DE FALCO F., Causes to the rise of populism in Italy, available at www.eyes-on-europe.eu/eu-logos-populism-in-italy/