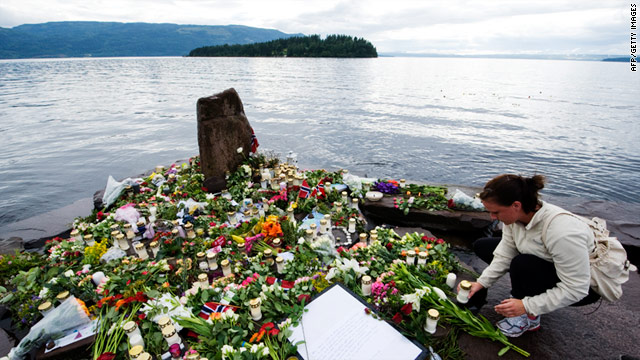 It is Friday afternoon in Oslo (22 July 2011), the capital city of Norway. People are getting ready for the weekend: discussing dinner plans, packing their cars to leave for the mountains or the countryside, preparing to visit friends and family. It’s the middle of summer, but it’s a typical Norwegian summer: Not very warm and not very sunny. On the contrary – heavy rain clouds are looming over the streets of Oslo. The temperature hardly ever climbs above 15°C. Despite the grey, the wet and the cold, however, Oslo is warmed by a sense of excitement for the holidays ahead. People are looking forward to some peaceful days of total freedom. After all, Oslo is a peaceful city. Norway is a peaceful country. Until the explosion goes off.

A car bomb has been placed in the middle of the Government quarters. Surrounding it are some of the country’s most fundamental institutions: the Prime Minister’s office, the Supreme Court, all the governmental departments. The bomb erupts with tremendous firepower and a shock wave felt several kilometres away. It shatters windows, tears up concrete walls, breaks apart metal structures. Thousands of people have their work-place within these buildings. Others are just walking by, getting from A to Z. The blast does not distinguish between them. 8 are killed. 200 are injured. The heart of Oslo is ripped open.

Still, the worst is yet to come. While the nation’s eyes are centered on the capital city, something is happening 40 km away. On the small island of Utøya, hundreds of young people are gathered for summer camp. Politically interested youth have gathered on Utøya for generations: they have workshops, seminars, debates. They build networks, find friends, fall in love. But not on this day. An armed person dressed as a police officer has entered the island. He starts by shooting the adults. Then, he goes on to the young. One after one, he hunts them down. The uniform lures them towards him: it represents protection and safety. Until the bullet is fired. Some youths try to hide in the woods, some seek refuge inside the buildings, some throw themselves into the icy cold water. Still, he finds them. 300 bullets are fired in the just over an hour that the attack lasts.

During this time, 69 people are killed. Half of them are under 18. The youngest is only 14 years old. Many others are hurt. Scratch that: Everyone is hurt. This is the worst act of violence on Norwegian soil since WWII. The country experiences terrorism for the first time. And it has hit where it hurts the most: right in the hope and future of the nation – its youth. The acts of terror in Oslo and on Utøya were carried out by a single person, driven by an all-encompassing idea: Norway needs to be rid of diversity. His violence was directed towards the pluralistic society in which all people, cultures, and religions are equal. The violence against the government quarters was an attack on the official policy of pluralism. The violence against the youth camp was an attack on the very premise –and purpose– of this policy: Young people of diverse backgrounds, opinions, and dreams coming together in a free, equal and peaceful community.

How could this happen? How could one man kill so many people, hurt so many more, and leave irreparable wounds on an entire nation? All in the name of the idea that diversity must be eradicated? Undoubtedly, there is a myriad of ways to answer this.

However, one explanation that has gained a lot of traction centers around the concept of echo chambers: In social media, this term is used to refer to a metaphoric situation in which specific kinds of opinions and convictions are strengthened and spread through the repetition and continuous communication among users who share the same kind of thoughts inside a closed system. The origin of the term sends back to the “echo chamber” as an acoustic phenomenon: as sounds reverberate within a hollow shape, in the same way, a type of information circulates and proliferates in the closed system of social media. The Norwegian violent extremist was encompassed within a virtual ‘bubble’ just like this. He spent the majority of his time online, in an enclosed communicative space – an echo chamber. He spent hours, days, years trailing through internet forums and chat rooms. He immersed himself in the comment sections of online newspapers. I became submerged in websites and blogs.

The topics he sought out were always the same: Multiculturalism, immigration, Muslims. The perspectives on the topics also always coincided: Pluralism is disruptive, harmful, even catastrophic. The violent extremist’s opinion, then, was mirrored back to him in an endless cycle. His theories were never challenged, only further confirmed. The fundamental idea was continually reinforced and amplified through an ever-stronger echo effect. This lead to the violent extremist no longer seeing his extremist thoughts and acts as extreme: It had all been normalized and legitimized within a bubble of hate. This way, the killing of 77 people, the injuries afflicted on several hundred more, the pain and suffering of all their loved ones – it was all justified. Seven years after the terror attacks in Norway, the wounds are still fresh.

As the families and friends of the victims continue to grieve their losses, society at large continues to grieve over the fact that such a senseless act of violence could take place in this seemingly free, safe, and peaceful community. Perhaps the wounds will never fully heal. They are kept open by a sad fact: The bubble of hate which manifested itself on that dark day in July lives on. The echo chambers from which the terrorist emerged are not dead. The closed-off discussions about the dangers of diversity continue online. Not all of them will result in violence. But they are still the supporting structures underpinning it.