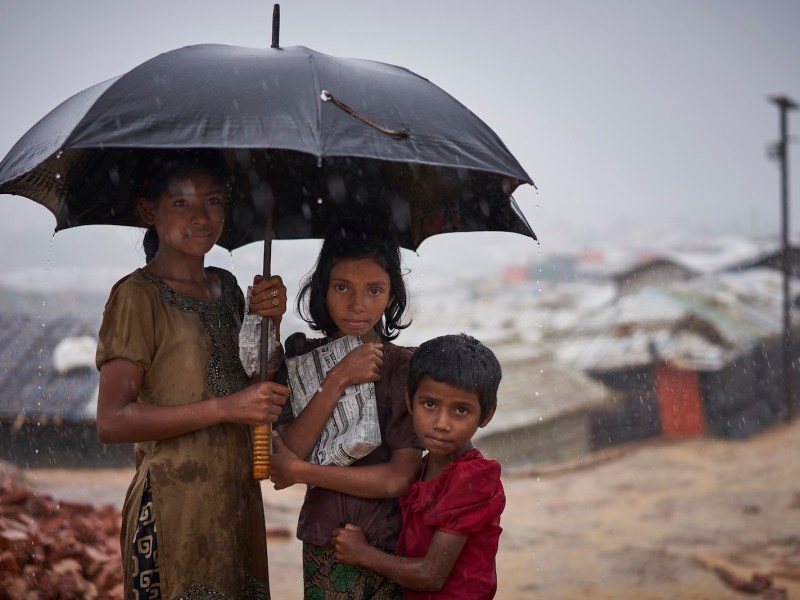 What is a climate migrant? A climate migrant is a person who is forced to leave his own house because of unsustainable weather conditions: dry and sterile lands, high levels of sea, desertification, or unsuitable pollution. This phenomenon is not absolutely new, according to the Intergovernmental Panel on Climate Change (IPCC) report of 2008, this data was acknowledged in early 1990 when the work-group noted that climate change can be a new factor for immigration.

In particular, in the mid-1990s it was widely reported “that up to 25 million people had been forced from their homes and off their land by a range of serious environmental pressures including pollution, land degradation, droughts, and natural disasters”, in that occasion all these people, at the time called “environmental refugees”, “exceeded all documented refugees from war and political persecution put together”.

The World Bank now affirms that most of the new climate migrant flow will happen in Sub-Saharan Africa, South Asia, and Latin America, which are actually the regions that represent the 55% of the world population growth. Specifically is expected that more than 86 million climate migrants will be present in Sub-Saharan Africa, 40 million in South Asia and 17 million for Latin America by the eve of 2050 when this phenomenon is going to jeopardize the world with a new challenge. Challenge that is not unexpected, and it is one of the most serious effects of global warming.

The World Bank report focuses the attention on the internal movement of people from a region to another of the same State, but there is no doubt that this kind of phenomenon could possibly force people to move even outside of their country, especially because the overpopulation of certain areas could be difficult to manage in a massive climate migration scenario.

Even today, at the early stages of the climate change effects, the environmental issues are starting to boost migration, also considering the fact that every attempt of simplifying the migration issue is useless. We have to consider that not just one, but multiple factors are involved in the decision of moving abroad, quoting the report we have to include in the analysis, apart from Micro-level factors that attain to the personal sphere, also Macro-level factors as like “demographic (for example, the size of the population and the rate of growth); economic (for example, labor markets and commodity prices); political (for example, laws, and conflict); social (for example, gender relations)”.

The poorer area, in this case, is usually the most subjected to migration, especially when the climate impact is hard and the capacity of adaptation to the new environmental status is low, people are more suitable for moving far away from their houses rather than face something they have neither the instruments nor the possibility to. In this scenario, where global warming is acting as one of the new key factors of migration, the lack of strong environmental policies could provoke one of the most important migration movements of the history of humanity.

Quoting again the report “Climate change has the most direct impact on macro-level factors, especially through economic channels” in fact “it can act as a push or pull factor by altering the relative attractiveness of locations. It can also affect inhibitors or facilitators of migration and the accessibility of places, or influence the livelihood capital of individuals and households”.

Global warming can both let areas unlivable and unproductive, with the consequence of making normal life impossible for its inhabitants. Not only, the scarcity of resources and the difficulty to access its well-known source of conflicts. Consequently global warming “will influence migration through warming and drought, which will affect agricultural production and access to water; rising sea level, which makes coastal areas and island states uninhabitable; the increasing intensity and frequency of natural disasters; and competition over natural resources”.

Standing to the report, this effect is still reversible, but it is all up to policymakers and their will to actually reduce the impact of global warming, and make the world capable of adapting to the environmental issues of the future. In the most optimistic scenario which combines the equal development of the regions and the cut of global emission in the range of Paris Agreement of 2015, the climate migrants could be contained in a gap between 31 million and 72 million in total. The window for this possibility is going to close soon, and we need to act in the next decades to prevent the upcoming disaster, or at least limit its effects.

Has indicated by the report, the effect of migration for itself can be good both for the migrant and the local community. But it all depends on how the development and the general context is managed. Migrants can improve their skills or learn new ones, improve their economic conditions “ the report finds that migration can increase adaptive capacities, especially if policy enables better access to social services, action against discrimination and exclusion, and protection of migrants”.

The effects of migration in the receiving areas can be a good strategy for poverty reduction and livelihood diversification, and more “replenishes the labor supply and skills, spurs entrepreneurship and innovation, eases strains on pension systems, and helps care for the elderly”. But can also be bad, especially in the context of the massive urbanization that will be required to host the migrant population. In particular, it can produce negative externalizations such as “high unemployment, strained infrastructure, and environmental degradation”. In this picture, the only suitable solution is to act before the time is expired. We know have the knowledge and the technology that we need to face this challenge, there is no more reason to wait for the next report!