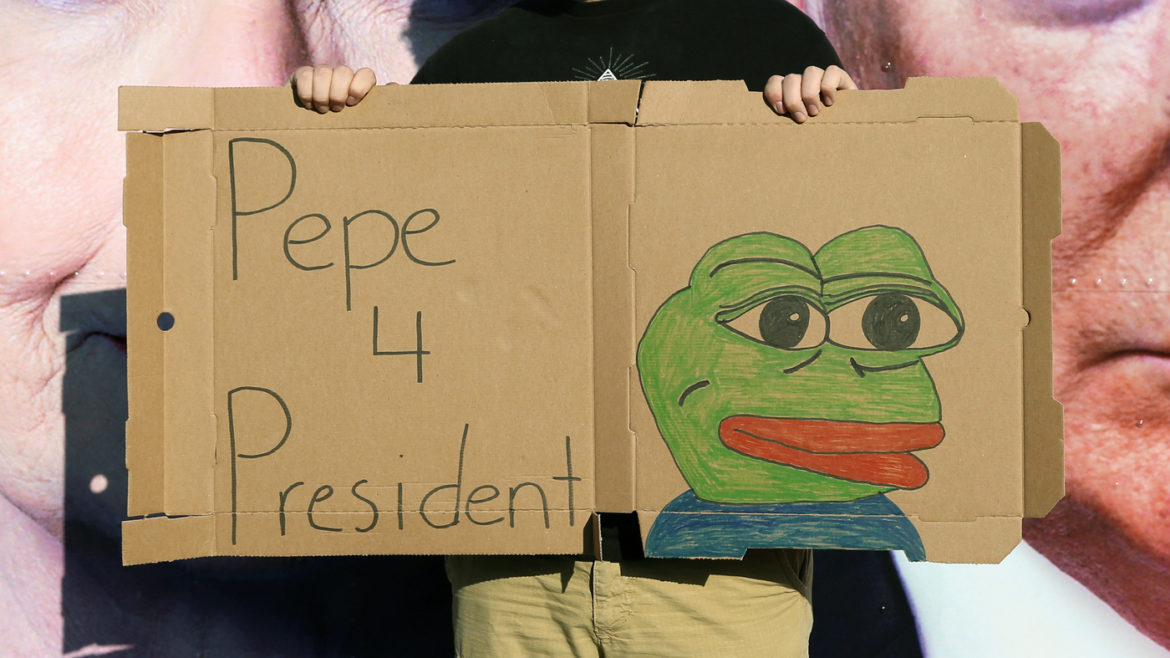 What are dog whistles, and what does a dog-training tool have to do with politics and the media? Generally speaking, these whistles emit an ultrasound that can only be heard by, well… dogs, but the use of “dog-whistle politics” usually refers to the use of some words or euphemisms that can be only “caught” and understood by those who know how to recognize them and are aware of their meaning. Let us see some classic examples of dog whistles; the use of expressions such as “international bankers” or “international elites” may fall deaf to the ears of those who are not familiar with the main concepts of anti-Semitism, which implies the Jewish control over the media and the banks. By just browsing through Facebook you may easily encounter people cheering for the values of “the traditional family”; a seemingly innocent phrase that hides in plain sight its homophobic undertones in a common way of expressing bigotry without appearing like a bigot.

Perfectly adapting to the internet era, dog whistles and euphemisms have invaded every part of the web. In the first part (LINK) of this series, I have introduced the online boards 4chan et similia, where lately the use of encrypted bigoted language has been spreading like wildfire. I have chosen three of the most infamous alt-right memes that are still in circulation; it would be impossible to cover them all as the list is endless and expanding as we speak.

The notorious frog meme has been going around the web for the last 10 years. It originated as one of the characters portrayed by Matt Furie in his comic book called Boys’ Club. The character’s relatable catchphrases and its simple design lead to it becoming one of the longer-lasting inside jokes on the internet. A joke that in 2016 joined the ranks of the Anti-Defamation League’s database of hate symbols alongside the Nazi swastika and the Ku Klux Klan logo. The evolution of Pepe the Frog actually illustrates a key aspect of hate symbols: many such images do not actually begin as hate symbols.[1]

During the years and as the use of Pepe grew more widespread, the character looks and catchphrases were adapted to endless scenarios and emotions. As a meme, Pepe means everything and nothing at the same time, its malleability as a character served as a vector of endless messages.

Websites such as 4chan, 8chan, and Reddit became the preferred platforms where the pictures were created and then shared. 4chan, in particular, became the years the “official” house of Pepe and as its involvement with the alt-right movements grew, so did Pepe’s. Pepe slowly became the symbol of 4chan, with 4chan itself being the symbol of the nastiest parts of the internet.

Meanings and symbols change and evolve, and most importantly can easily be appropriated. Pepe may be used as one of the codes of the alt-right movements while also currently being one of the symbols of the ongoing Hong Kong protests against China’s imperialist agenda. Not all forms of Pepe or its variations need to be considered as racist or anti-Semitic, context matters, and facts need to be interpreted.

Born and died on Reddit, The /r/frenworld community had grown to 60,346 subscribers before its ban in June 2019. In an explanation posted on the group’s former web page, Reddit stated that “this subreddit was banned for violations of our Content Policy, specifically, the posting of content that glorifies or encourages violence. Here’s a recap of what frenworld was, as explained by Reddit user N8thegr8:

“r/frenworld along with several other similarly themed subreddits, was, on its face, largely dedicated to posting “frenly” (friendly) content about frogs in clown wigs and speaking in a sort of pseudo-baby-talk

Underneath this face was a subtext of racism and violence. They would refer to Jewish people as “nose-frens”, for example. Anyone who disagreed or disliked the sub was a “non-fren”. They would advocate violence by saying that people needed to get “bopped” which was really just another way to say “killed”. There was a lot of Nazi imagery, and the comments referenced other racist memes, such as “13%”, “6 million”.

Frens on the subreddit would share seemingly innocent pictures, except for the fact that the majority of this wholesome content incorporated white nationalist rhetoric. For example, the numbers mentioned by N8thegr8 have the goal of signaling end reinforcing the idea that black Americans commit 50 percent of crime in the US, despite making up 13% of the population, variations of these numbers, such as 13/52 or 13/90, are used to exaggerate or specify the statistics, while 6 million is a dog-whistle used to signal the neo-Nazi conspiracy theory that implies the forging of the reported 6 million Jewish victims of the Shoah.

Symbols change their implications continuously, meanings are given and taken away by the media and public usage. Before being glued to a flag, the Hackenkreuz was a Buddhist icon representing the sun. The “ok” hand gesture is frequently used in Europe and especially in the US to signal that “all is well”, but the sign has been lately associated with white supremacy after a successful 4chan-led hoax managed to “bait” news agencies.

In February 2017 4chan users launched Operation O-KKK to “flood Twitter and other social media websites” with posts claiming the OK hand symbol was a “symbol of white supremacy[2],” along with a picture of an OK symbol identifying the three up-turned fingers as a symbol for “W” and the thumb-and-forefinger circle as a symbol for “P”. (Here is the archived link to the original 4chan thread: https://archive.4plebs.org/pol/thread/114482325/, have fun).

The hoax began to turn into an extremely successful vicious cycle. The trolling of the news and media agencies worked perfectly, trolls managed to reach their goal, but while CNN and FOX NEWS were busy discussing whether teenage Justin Bieber was guilty of throwing gangs signs or not, the use of the ok sign ironically started to spread un-ironically. The real radical connotation of the hoax started to slip through the veil during the court hearings following the New Zealand Mosque massacre, as the handcuffed perpetrator managed to motion the ok sign to the cameras.[3]