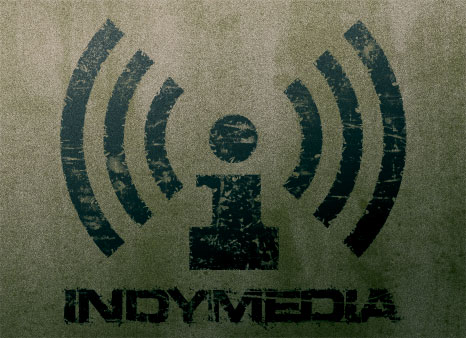 Citizen journalism is a phenomenon that is older as of the story of the web form itself. As a premise, citizen journalism means journalism created by non-professional writers, which usually using the web as the platform to easily spread their articles, create their own news not depending on any editorial line, than their own political sentiment of the day or the life. Nowadays the way that citizens journalism is structuring is a little bit different from the past when little websites were created ad-hoc to share thoughts or scoops, and it is built more around mainstream social network platforms such as Twitter and Facebook.

But at the eve of citizen journalism, free blog platforms and cheap domains were the protagonists. Two examples in the history of citizen journalism can be very representative to understand the functioning of this new way of making news: the case of the South-Korean OhmyNews, and the global Indymedia. Both of the news platforms were generated by the frustration of citizens from the mainstream media coverage, both have born as the answer a new generation of activists familiar with the internet which desired a down-bottom approach to information.

The OhmyNews website was launched on the 22nd February 2000, by the professional investigative journalist Oh Yeon-ho, which was trying to shake the debate of South Korea, injecting in the old mass-media world fresh and independent news from a bigger variety of opinion-makers. The slogan of the website was “Every citizen is a reporter”. 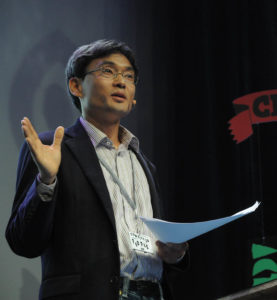 The concept was basically: everyone can register to the website, publish is news, and a team of verifies will fact-check the news, the user will be paid on the base of a ranking decided by the editors. After three years of activity, the website had become one of the most influential news-makers of South Korea, so influential that the former president of South Korea Rho, gave OhmyNews the first interview of his presidential career. In an interview with Wired in 2003, the founder of OhmyNews declared that “With OhmyNews, we wanted to say goodbye to 20th-century journalism where people only saw things through the eyes of the mainstream, conservative media”. At the time of the interview, OhmyNews counted on 40 editors and reporters, publishing more the 200 articles per day, 26.000 registered journalist citizens, with more than 2 million visitors per day. The capacity to influence the public opinion of a website like this is comparable to one of the traditional newspapers.

The fortune of this website was somehow unpredictable and produced a revolution in national and international news, and many tried to reply to the model, as like the Italian Fanpage which also produces collaborative-journalist content. OhmyNews in the past had also an international section of the website, but the huge quantity of articles that they started to receive, and the difficulty to verify all the news forced the website to stop the external non-south-Korean collaborations. While the objective of OhmyNews was to create an independent, but still mainstream generalist newspaper-like, and resulted to suffer from the same critics that the website used to address to the “conservative media”, the Indymedia mission was slightly different.

Both started from the mistrust in the traditional media, but the mission and the functioning were based on a specific political frame. First of all, Indymedia was not a website owned by someone, but an open-source network divided into global and regional nodes. The network has gained notoriety during the 1999 Seattle demonstrations against the World Trade Order ministerial conference when the activists decided to document the protests on their own to produce alternative narratives on the events. The slogan of IndyMedia was “Don’t hate the media, become the media”, and started to be the voice of the no-global movement thanks to the work of the local nodes which was documenting the protests often showing scenes that would never be seen on the traditional media.

The idea was that any node can organize itself with his own rules and way of founding, but each one had to guarantee the freedom of speech to anyone in the local node. The innovative fact about Indymedia was that once the local node was connected to the global one, the local had its own independence and each node can decide the form of internal organization and editorial line. The network functioned in a non-hierarchic way, although because of the self-organization of the nodes, it was possible to find hierarchies in the local collectives of journalists. In 2006 Indymedia had 150 nodes around the globe, with a record of 60 nodes in the US and 15 in Italy.

The Indymedia network was subjected to strong criticism by the traditional media and suffered from many legal problems in each country where it operated. In the UK on 2005 servers were seized by the police; in 2000 the Los Angeles police temporary shut down the website and in 2004 the FBI entered in possession of the servers; in 2001 the Italian police assaulted an Indymedia temporary set up in during the Diaz event of G8 in Genova. The project still exists in some nodes but it is very disappointing, because of legal actions against some of the contents.

The great merit of Indymedia by the way, remains: it helped to report authority’s abuses around the world and promoted a democratic information model-based civic and political citizen journalism. Indymedia experimented with new techniques now very common as like web newscast, live streaming, SMS news, trying to document the real while it was happening, directly on the field. An example of the Indymedia job was the G8 of Genova of 2001 when the no-global protests were covering the city, the Italian police entered without an apparent motivation in a school where journalists and activists were sleeping and committed what Amnesty International will later call “a violation of human rights of unseen proportions in the recent European history”. In the first place, the Italian police declared that they made the blitz in the school because of the presence of a molotov cocktail and another dangerous weapon, and tried to cover up the abuses committed that night. The images captured by the cameras of Indymedia, combined with the testimonies of the victims, helped to clarify the crimes of the Italian authorities during that week also inside the national and international courts.

The two stories represented the most interesting and somehow successful cases of what we can call citizens journalism. Both of them teach us a different aspect of the possibility of bottom-up journalism, one which is more entrepreneurial, and one which is more related to a political project. Both of them express both the good and the bad aspects of this approach: democracy and participation in the construction of the news and editorial line on one side, and problematic of the fact-checking and legal problematic of journalism which is less subjected to filters.

But if citizens journalism of the past was always related to a certain amount of technological knowledge, and required certain equipment; the citizen journalism of today it is easier and potentially more powerful thanks to the advent of social networks and smartphones. The capacity of the citizen journalism to influence the traditional media is higher than the past, and many traditional mass-media companies are also trying to subsume the phenomenon by asking the users to send pictures or videos of a particular event.

The novelty of today’s information is also that certain events and facts can have as a first source the Facebook video of a common citizen, so in a certain way the motto “Every citizen is a report” has become a reality not only related to a certain editorial enterprise. The news for itself is moving from the websites to the social media platform where all the main information is moving through. At the state of the art we can say that the two medium influences themselves reciprocally, the city journalist of the web and its content are very often hosted by mainstream newspapers and television because of two factors. The first is that web content in the social media platform can easily spread and reach public notoriety with lower effort and cost than the traditional media. The second is that nowadays a citizen with a smartphone can reach the event in far less time than the cameras of an agency. Also, citizen journalists have generally less concerned about the political effect of news, not only, but this practice is also notably part of the activism of the 21st century.

While the newsroom has to take into account the possible reactions to the publication of a story, the citizen with a smartphone just reacts to his personal instinct of taking a picture or a video of what is happening in the immediate surroundings. No limits to the personal feeling of the author of the content. That is why citizen journalism has become the first source for world riots, especially in authoritarian contexts where the level of freedom of the press and of speech, in general, is very low. Another field where the citizens’ journalism is leading in the war field, as like the Syrian war that has seen the spread of common citizens video and reports about the conflict.

In a world that is dominated by social media like Instagram, Facebook, and YouTube, that had grown up a society willing to document every single instant of our lives. And that’s one of the main problems of citizens journalism, the desire of being a reporter without being a professional one is that this exposes the citizen to notable risks: people putting in harm their lives to take a picture or a video, facing legal consequences that they didn’t expect and don’t have the possibility to manage. This has repercussions in the information process for sure, and the availability of sources is way bigger than the past.

The problem of this quantity of information is both the quality and the liability of that because in a blog or Facebook page there’s no filter between the author and the publishing. Even if citizen journalism is often guided by the best intentions, the possibility of spreading fake news is higher. The inexperience of regular citizens can both generate non-news, or even fake ones, because of the lack of knowledge necessary to better understand the situation.

Both the lack of knowledge and experience can create bad information, but this is something that can affect the regular media as well and for sure the main media are not always exempted from gross errors and misinformation. That’s why we can difficulty tell if citizen journalism is a bad or good thing, more than that we can just acknowledge that fact that is now part of the information feed as like traditional media and it opened a new dimension of the news.

On one side it democratized the news world, or at least tried to, giving the possibility to the citizen for itself to be part of the news. And for sure this is a positive aspect because more democratic journalism can help to build more plural information. From another side a good education on the power and responsibility of journalism could contribute to a more aware community of citizens, able to understand and have a critical approach to reality, increasing the quality and diversification of the public debate.

Citizens journalism can also be a good opportunity to build a resilient community, able to communicate and represent their own reality with their own words. Citizens journalism can contribute to creating a class of citizens that are not only spectators but even providers of the news. Of course, it’s can’t be a substitute for the professional journalism which is required for its complexity and a profound sense of investigating the time we live in, but it can be a good complement to it because it is a useful resource to get a fresh eye on reality which can not be read otherwise.