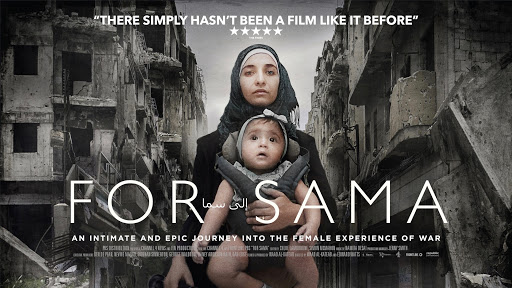 Citizen journalism is a modern take on journalism that has at its basis the involvement of public citizens, who, “play an active role in the process of collecting, reporting, analyzing and disseminating news and information” [1]. The website We Media has been writing and researching the topic of citizen journalism since its early days. I have found some interesting material on their page that I would like to share. To quote:

“According to Wacker, the world is moving faster than people can keep up with it. As a result, there are fewer common cultural references that can be agreed upon. Ideas, style, products, and mores accelerate their way from the fringe to the mainstream with increasing speed. To combat the confusion, consumer are seeking more perspective, Wacker says. They research an automobile for purchase by spending time online and reading both professional and amateur reviews alike.”

The “elitist” journalist class has been finding itself at a moment in time where, for the first time, its hegemony is being threatened by both technology and its audience. The online audience has the way, the means, and oftentimes the motivation to become an active participant in the creation and dissemination of news and information. The active role of citizens or of a group of citizens in the process of collecting, editing, analysing and spreading news is called Participatory Journalism. It is a bottom-up phenomenon that relies on little if no editorial oversight over the material that its authors produce. It is not related to the classical journalistic workflow but instead is the result of many simultaneous discussions and inputs that blossom or die inside the Web or real-life forums.

This kind of journalism has a somewhat controversial reputation but has been steadily gaining credibility in the last years. But can it all be trusted? Although the shift of power from classic journalism to this sort of collective experiment, many praise the developments for having enriched the scene: “Phone cameras and internet video must threaten broadcasters who think TV viewers will move away from them (and onto the web), but the collective arena is a hive of creativity” says documentary pioneer Molly Dineed. “It should add to what traditional documentary makers are doing and not take away”[2].

The chance of mixing up “citizen video” with professionally shoot footage has a tremendous impact on the delivery of a message, it helps the viewers to get the full picture and, oftentimes, to identify themselves better with the person filming behind the telephone. It is indeed the gut feeling I had while watching short-films such as “9 days from my window in Aleppo”, and the critically acclaimed movie “For Sama”. 9 Days from my Window in Aleppo is an incredible and vivid slice of life from the perspective of art curator and gallerist Issa Touma. Over the course of nine days, starting in mid-August 2012, Touma was able to capture the day-to-day struggles between the Free Syrian Army and Bashar al-Assad’s Syrian army.

For days he sat at the window of his apartment in an eastern Aleppo neighborhood and filmed the actions of the Syrian rebel’s right in the streets in front of him. As the author stated in 2017 during an interview for VICE: “Imagine if it happened in your city, with people shooting underneath your balcony for 24 hours,” Touma says. “That’s why I was shooting video. It’s a real war happening underneath your window. You’re scared you might not survive”[3]. Touma stated his willingness in documenting his experience in war, he thought it was the way to have people really understand what it was happening in the city and the effects of the guerrilla fight on the population of Aleppo. Hundreds of movies have been shot “about” the Syrian crisis and the Syrians by Western filmmakers. The straightforward interaction that develops between the “citizen journalist” and its viewers allows for an unfiltered and direct exchange of knowledge.

Generally speaking, readers are able to add their own information to what has been “provided” as information by journalists. This encourages dialogue and has been hailed as one of the steps that has been influencing the media by making it a more democratic process. The documentary was brought to the light thanks to a collaboration between Issa Touma and Amsterdam-based filmmakers van der Meulen and Vroege, who met the art curator during one of his lectures in Europe. The three had nothing to do with mainstream media nor worked as professional journalists yet managed to produce this great journalistic piece and have it screened in cinemas all around the world. Thus new forms of journalism allow people who haven’t had the chance of having their voices heard – because of educational, economic, social or cultural barriers – to access the international or national dialogue and build their own personal reputation.

[1] BOWMAN, S. and WILLIS, C., “We Media: How Audiences are Shaping the Future of News and Information.” 2003, The Media Center at the American Press Institute.